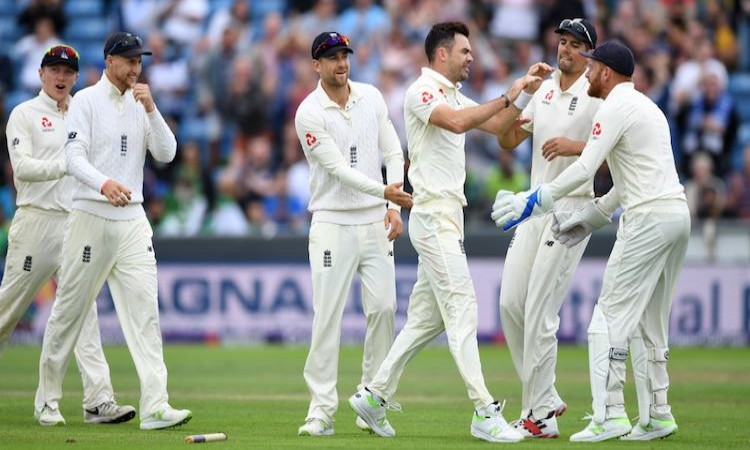 June 4 (CRICKETNMORE) - England thrashed Pakistan by an innings and 55 runs to win the second Test and draw the series 1-1.

Trailing by 189 runs, Pakistan was bundled out for just 134 on the third day. Opening batsman Imam-ul-Haq top-scored for the tourists with 34 while Usman Salahuddin hit a patient 33 off 102 balls in an otherwise weak batting performance.

Stuart Broad (3-28) and offspinner Dominic Bess (3-33) both snapped up three wickets while Pakistan's top order was rattled by the experienced James Anderson (2-35).

Earlier, Jos Buttler scored an entertaining 80 not out that saw the hosts up to 363, a first-innings lead of 189. He was later awarded man of the match for his brilliant knock.