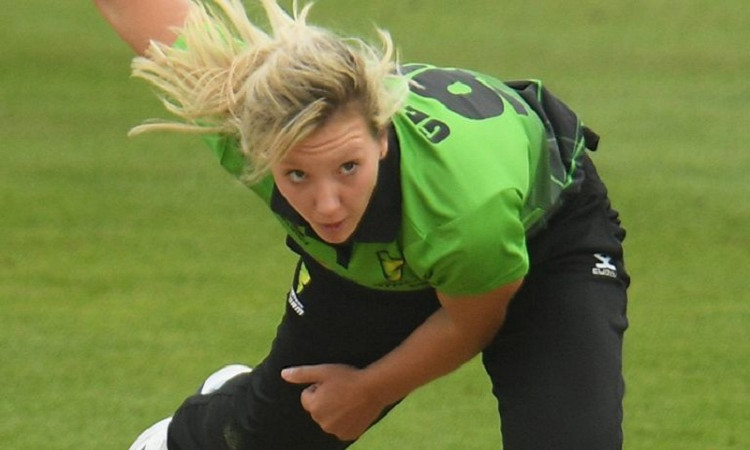 England has selected Sophia Dunkley and Katie George for the upcoming five-match T20I series against West Indies. The five T20Is will be played from September 21-30 at the Incora County Ground, Derby

Dunkley and George come in to join the England squad which took part in the ICC T20 World Cup, with Georgia Elwiss absent through a back injury.

This series will be the first time women's cricket is played at the international level since the final of the T20 World Cup played between Australia and India at the MCG on March 8. Several series since -- like India tour of England, Australia tour of South Africa and South Africa tour of England -- have been cancelled due to the ongoing Covid-19 pandemic.

England women head coach Lisa Keightley said: "It's been a challenging summer for everyone and we are privileged to be in a position to play an international series, and to get the chance to showcase the women's game.

"We have worked hard since the group came back together in preparation for this series and we're in a great place going in to the T20Is against West Indies."

All-rounder Bryony Smith and Northern Diamonds spinner Linsey Smith are both on standby. Those players not picked for the final group of 16 are available for their regions in the final round of Rachael Heyhoe Flint Trophy matches and the final, should their team progress, said the England and Wales Cricket Board (ECB).