London, Aug 10 (CRICKETNMORE) - England skipper Joe Root won the toss and opted to field against India on the second day of the rain-shortened second cricket Test at the Lord's here on Friday. 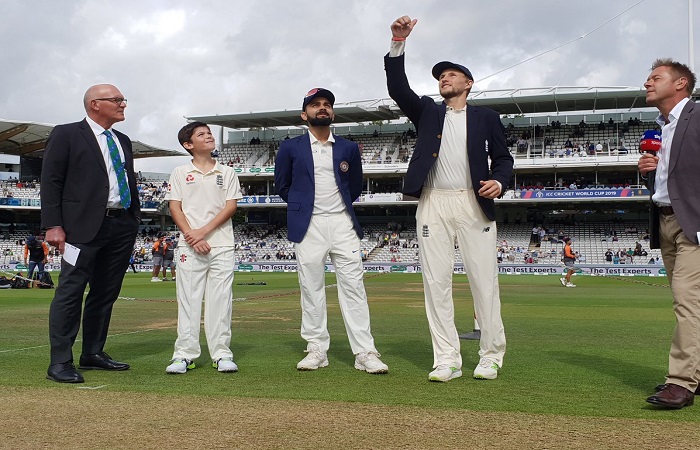 India have made two changes in their playing XI by bringing in Cheteshwar Pujara and chinaman Kuldeep Yadav in place of opener Shikhar Dhawan and pacer Umesh Yadav, respectively.

The hosts also made a couple of changes by handing Test debut to young batsman Ollie Pope in place of an off-colour Dawid Malan, and brought in Chris Woakes after being forced to drop all-rounder Ben Stokes due to his ongoing court case.