England opt to bat against India in 5th Test

London, Sep 7 (CRICKETNMORE): England captain Joe Root won the toss and opted to bat in the fifth and final cricket Test against India at the Oval here on Friday. 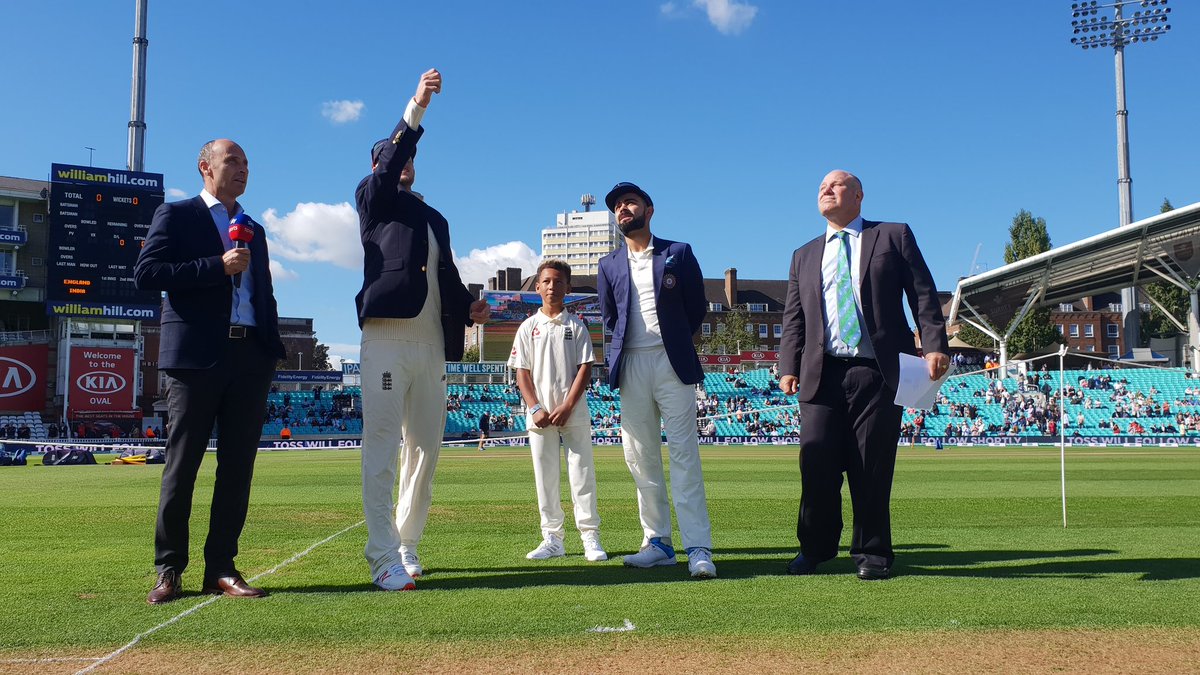 England, who have already won the series 3-1, have picked the same 11 who won the fourth Test in Southampton by 60 runs.