Southampton, June 13 (CRICKETNMORE):  West Indies bowler Sheldon Cottrell has been creating a buzz in the ongoing World Cup, not just because of his brilliant bowling but for his flamboyant celebrations, known as the 'Sheldon Salute' which he does after taking a wicket. 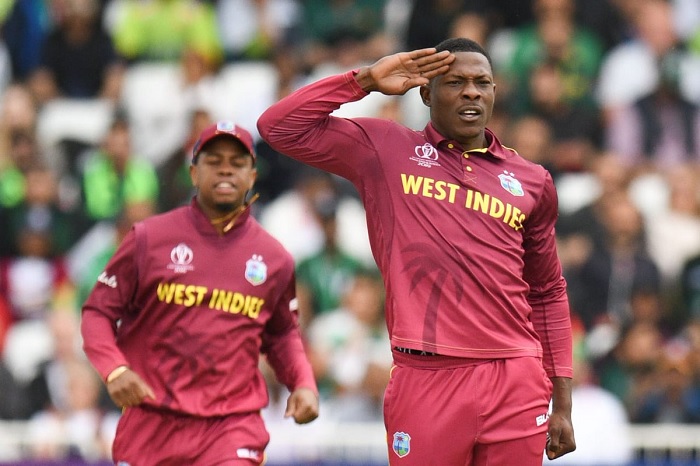 However, England coach Trevor Bayliss is not amused by the 'Sheldon Salute'.


Will wait on Dhawan, Rahul to open: Bangar

According to ESPNcricinfo, Bayliss said on Wednesday that the signature celebratory salute of Cottrell annoys him more than anything else.

"If you're older than about 40-years-old it p----- you off," Bayliss said on Wednesday ahead of England's encounter with West Indies to be played on Friday.

"But every team has their way of celebrating and I'm sure other teams might not like the way we celebrate. In the end, it's a young man's game. It's all entertainment. If it gets a bit of a laugh or a smile on people's faces so be it," he added.

Cottrell celebrates every dismissal of his with a short march and a salute to the pavilion as a tribute to the Jamaican Armed Forces. He is a soldier in the Jamaican Defence Force.

"It's a military-style salute. I'm a soldier by profession. Me saluting is just to show my respect to the Jamaica Defence Force," he was quoted as saying to the BBC earlier this year.

"I do it every time I get a wicket. I practised it for six months when I was training in the army," he added.

England, with two wins in three matches, are sitting at the third spot in the points table whereas West Indies are at the sixth position with three points. Both sides will face each other in Southampton on Friday.