Cricket's oldest rivalry pitting Australia against England always throws up on-field rancour, but the upcoming Ashes series has been engulfed by controversy before a ball is even bowled. 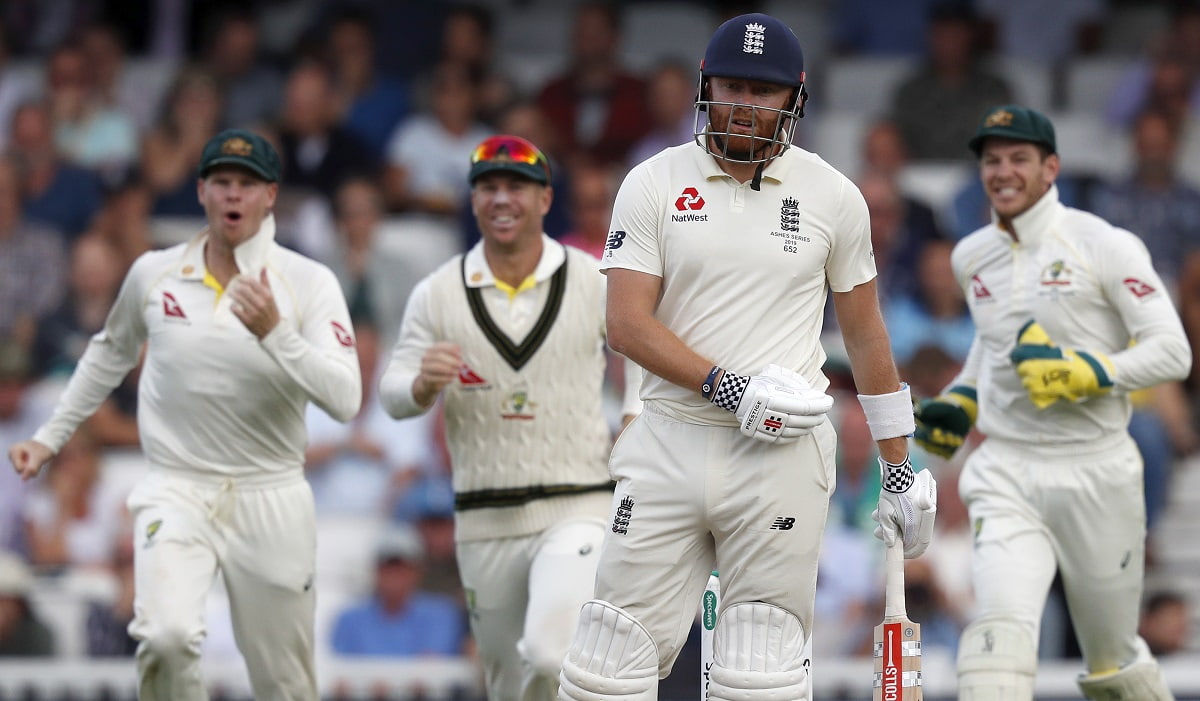 With the opening Test starting in Brisbane on December 8, Australia's preparations have been consumed by a text-message scandal while English cricket is facing claims of institutional racism.

First to Australia and Tim Paine, who quit as Test captain earlier this month when lewd text messages he sent to a female colleague in 2017 were about to be made public.

The 36-year-old, previously seen as squeaky-clean, had been appointed to repair Australia's reputation after the 2018 "Sandpaper-gate" ball-tampering scandal which rocked cricket and cost Steve Smith the captaincy.

Paine has now withdrawn from the Australian Test squad completely, despite team-mates urging him to continue.

The way Cricket Australia (CA) handled a 2018 inquiry that cleared Paine, and the current administration now throwing him under the bus in the eyes of some, has also been in the spotlight.

"It is the kind of external noise that a team does not need going into such an important series," he said in Britain's Sunday Times.

"There has been speculation that Paine's absence will make Australia stronger.

"It's possible that his replacement... may be a better wicketkeeper-batsman but the removal of an established captain, in such circumstances, is a distraction that can only unsettle the team dynamic."

Australia now head into the Gabba Test led by Pat Cummins, a fast bowler with little captaincy experience and whose tactical decisions will come under close scrutiny.

His appointment was nevertheless broadly welcomed, but Smith becoming his deputy threatened yet more controversy. Spin legend Shane Warne said that Smith should never even have been considered after "Sandpaper-gate".

"His second chance is getting to play for Australia again and in my opinion announcing him as vice-captain opens up CA for ridicule and criticism," Warne told reporters.

While Paine's downfall sent shockwaves through Australia, the British press rubbed their hands in glee.

But the gloating was tempered by a racism storm rocking English cricket, sparked by allegations from Pakistan-born Azeem Rafiq.

Rafiq told a parliamentary inquiry how racist language was "constantly" used during his two spells at English county club Yorkshire, where he played alongside England Test captain Joe Root.

He made allegations against several high-profile individuals, including former England players.

Root broke his silence from the team's Australian base to demand change. But he also said that he had not witnessed racism during his time at Yorkshire.

Rafiq called Root "a good man" who "never engaged in racist language", but also said that he was hurt by Root's reaction to his claims.

The 30-year-old Root hasn't fronted the media since.

England managing director Ashley Giles admits there has been reflection among the Ashes squad and they now have a "great opportunity" to lead the way in how sport and society tackles discrimination.

"We are in the public eye, very front and centre at the moment with the issues we have in the game and it's great that we can do something about it," he said in Australia on Sunday.

The five-Test Ashes series had already got off to a rocky start with fears it could be cancelled after months of concern from England over tough Covid-19 quarantine guidelines set down by Australia.

After tense negotiations a breakthrough was reached and a full-strength team jetted to Australia for 14 days in quarantine, only to be met by torrential rain when they emerged, largely washing out last week one of only two scheduled practice games.