Southampton, July 11:  England openers Rory Burns and Dominic Sibley issued a fine fightback against West Indies in the first session on the penultimate day of the first Test of #raisethebat series at Ageas Bowl in Southampton on Saturday. 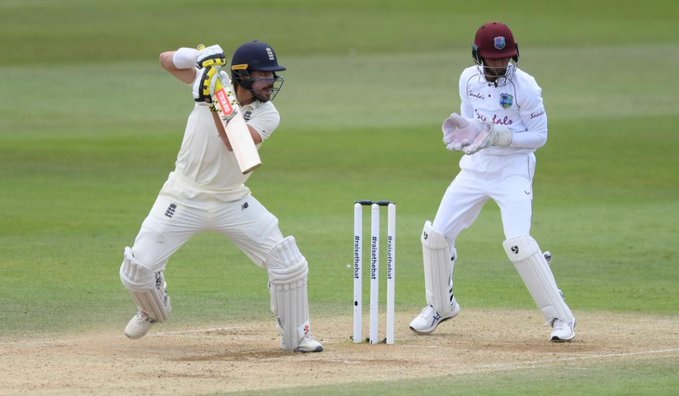 The duo put on a 72-run opening partnership in their second innings as England cut down West Indies' first innings lead to just 35 runs till Lunch.


Dhoni became such a successful captain in Test cricket is because of Zaheer Khan, feels Gambhir

Starting from overnight score of 15/0, the openers displayed steady batsmanship to keep the visitors' bowlers at bay for most part of the morning.

Burns and Sibley showed extreme patience as the duo faced a combined total of 217 deliveries for their 72-run stand. Credit should also be given to Jason Holder and Co as none of the bowlers gave away easy runs and kept England's run-rate under two throughout.

Just few overs before Lunch, Burns lost his concentration and was dismissed for 42 by Roston Chase. He top-edged a delivery and was caught by John Campbell at backward point.

Sibley then joined forces with Joe Denly and the duo ensured England went into the break with nine wickets in hand. The match remains evenly poised and the second session will be crucial for both the teams.