Tom Banton hit a brilliant half century before rain caused the first T20I between England and Pakistan to be abandoned even before the completion of the first innings at the Old Trafford.

Opening the batting in the absence of Jason Roy -- who has been ruled out of the series with a side strain -- Banton on Friday evening smashed five sixes during his 42-ball 71-run knock which put England in a strong position despite a slow start.

Put into bat, England did not have a great start as they lost opener Jonny Bairstow in the very first over. Dawid Malan, who came in next, did try to steady the ship with Banton and slowly and cautiously took forward the England innings. After seven overs, England had just 40 runs on the board, but Banton switched gears following the introduction of Shadab Khan. Banton and Malan took the team's total to 71 before the latter was run out after a mix-up in the 10th over.

Skipper Eoin Morgan, who came to bat at number 4, scored some boundaries as he joined Banton in accelerating the innings. During the course of the partnership, the 21-year-old opener moved to his maiden T20I fifty and the hosts looked all set for a big total.

However, they lost wickets in a flurry and were 131/6 in 16.1 overs when rain came in. The weather didn't relent for long enough at any stage for the players to return to the field, leaving the match to finish without any result.

The two teams will now lock horns in the second T20I to be played at the same venue on Sunday. 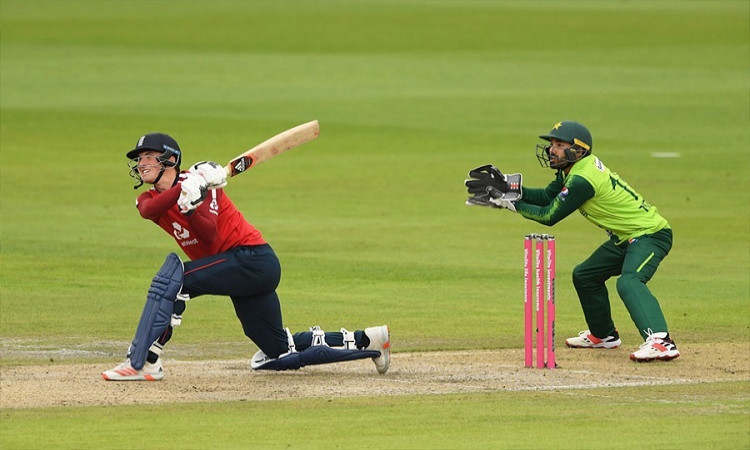