AUG 22, NEW DELHI: Zak Crawley was denied a triple century on Saturday as the England No.3 departed for 267, thus ending an epic 359-run stand between him and Jos Buttler for the fifth wicket. At Tea on Day 2 of the third Test against Pakistan here, England were 490/5. 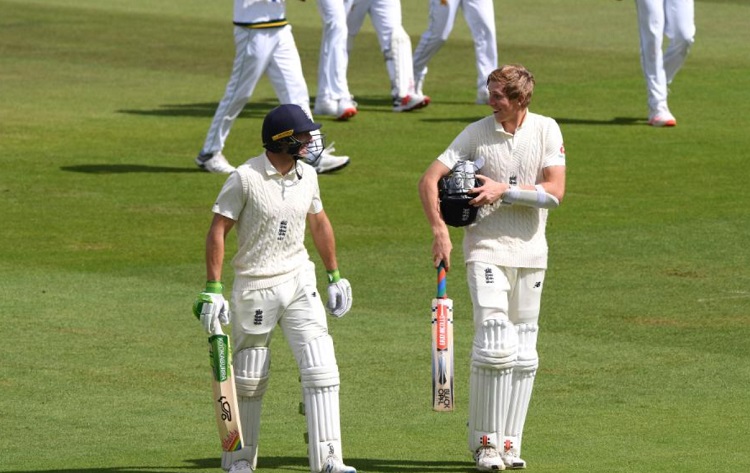 Crawley, who has been in the middle since the first session of the first day of the match, was finally dismissed by part-timer Asad Shafiq, getting stumped down the leg side. He walked off to applause from the Pakistan fielders and his teammates in the dressing room who were also up on their feet.

Buttler was joined in the middle by Chris Woakes with whom he had turned things around for England on the final day of the first Test. He will the third session on 140 while Woakes is unbeaten on 2.

Buttler and Crawley's stand was the joint sixth highest partnership of all time for England in Test cricket. England are leading the series 1-0 and are looking to secure a first win at home against Pakistan since 2010.