ENG vs IND: India Set Take On England In The 5th Test After A 10-Month Delay

Last September, India were on the verge of playing the fifth and final Test of the Pataudi Trophy against England in Manchester. But the fears of a Covid-19 outbreak in the visitors' camp meant th 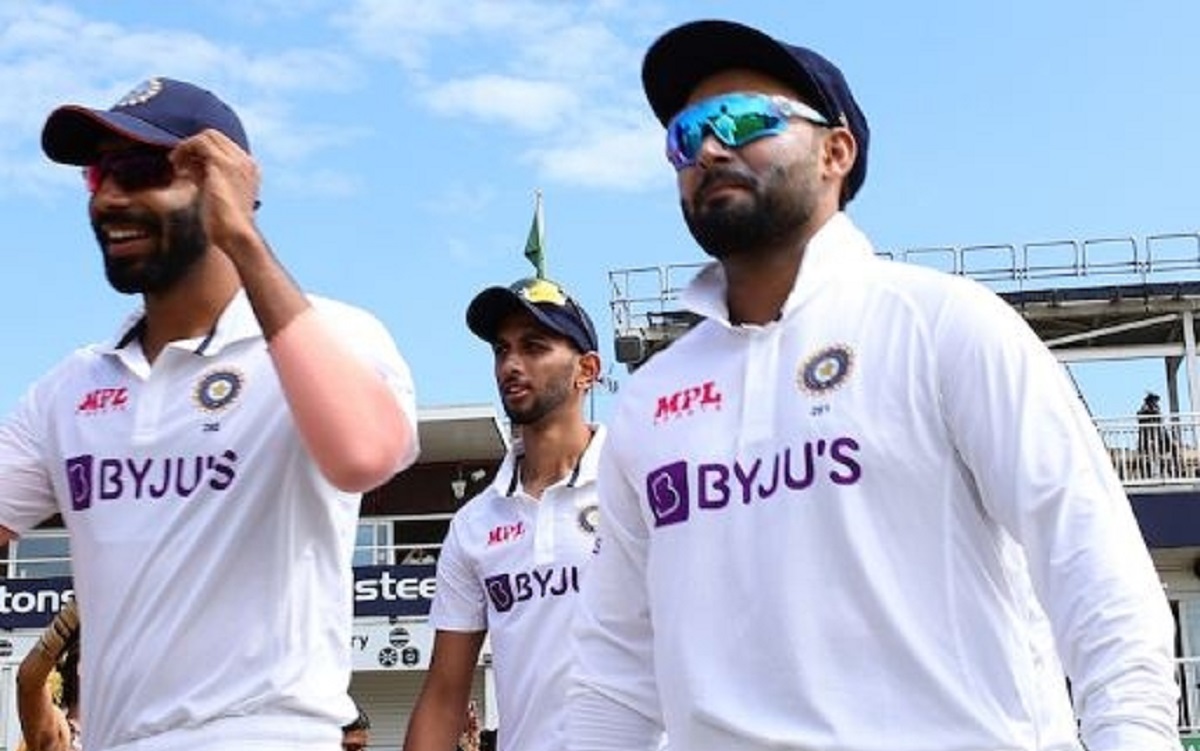 Last September, India were on the verge of playing the fifth and final Test of the Pataudi Trophy against England in Manchester. But the fears of a Covid-19 outbreak in the visitors' camp meant that the finale of the series was rescheduled to Edgbaston in Birmingham for July 1-5 in 2022.

If the Manchester Test had gone as planned, India would have been the strong favourites to claim the Pataudi Trophy, having taken a 2-1 lead with famous victories at Lord's (by 151 runs) and at The Oval (by 157 runs). England, on the other hand, had only a win by an innings and 78 runs at Headingley to show, with Joe Root shouldering the batting as well as captaincy duties.

After that series against India was stalled, England plunged to lows in Test cricket, losing the Ashes 4-0 in Australia, losing 1-0 in West Indies. Root and Chris Silverwood stepped down from captain and coach respectively, Ashley Giles and Graham Thorpe moved from being managing director men's cricket and batting coach respectively.

The new set-up in Ben Stokes as captain, Brendon McCullum as a head coach and Rob Key as managing director of men's cricket has meant that England are now a completely different Test side, playing a positive and aggressive brand of cricket which many wouldn't have associated them with.

They recently completed a 3-0 sweep of current World Test Champions New Zealand, marking a daring hat-trick of 250+ scores. Their scoring rate was 4.54, the combined average of batters at three, four and five is 70.46. They are no longer dependent on Root the batter, with Ollie Pope and Jonny Bairstow stepping up with belligerent knocks.

Only four survivors from the England eleven which played India at The Oval last year will be turning out in Edgbaston -- Joe Root (without the captain tag), Ollie Pope, Jonny Bairstow and James Anderson.

For India, there have been a lot of changes too. Virat Kohli is not the captain anymore but his lean patch is still waiting to be broken. Rahul Dravid is the new head coach after Ravi Shastri left the job last year. Paras Mhambrey and Dilip TK are the new bowling and fielding coaches in place of Bharat Arun and R Sridhar.

Rohit Sharma is the new all-format captain, but missed out on Edgbaston Test due to Covid-19. His opening partner, KL Rahul, with whom India got their chief reasons for 2-1 lead, went through a successful surgery in Germany after right groin injury ruled him out of England tour.

With India without their top two highest run scorers from last year, the challenge to gain just their fourth series win in England has just gone up by a huge margin. They might have a new captain in pace spearhead Jasprit Bumrah, who served as the vice-captain during India's previous Test series, against Sri Lanka at home in March.

On the eve of the match, Bumrah was announced as India's 36th Test captain, the first time India will have a fast bowling captain since the legendary Kapil Dev in 1987. Co-incidentally, Edgbaston Test will be Bumrah's first-ever leadership stint in competitive cricket.

There will be a fresh opening pair too with no Rahul and Sharma: Shubman Gill and either of a returning Cheteshwar Pujara, Mayank Agarwal or uncapped second wicketkeeper KS Bharat, who made 70 and 43 in the warm-up game against Leicestershire. With Kohli and Rishabh Pant set to retain their places in eleven, Shreyas Iyer will step into the spot left by injured Ajinkya Rahane at five.

On the bowling front, with the Edgbaston pitch showing a brownish look, expect India to play spin twins together Ravichandran Ashwin and Ravindra Jadeja till a sudden change in conditions may force India to revert back to four pacers and one spinner strategy from last year. With Bumrah and Shami certainties in pace attack, expect Mohammed Siraj or Umesh Yadav to be the third pacer and if needed, Shardul Thakur can be the fourth pacer.

Ten months is a long time in the world. England and India have changed a lot, in terms of people at helm and in support staff. England aren't the meek force anymore; they have transformed into an aggressive, positive playing unit, who currently have the upper hand over an Indian side who will be entering Edgbaston and seeking to win the Pataudi Trophy without their best batters from last year and with a new captain at helm.