Southampton, July 12:  Shannon Gabriel and Alzarri Joseph tipped the scales in favour of the West Indies in the last session of a topsy-turvy Day 4 of their first Test against England at the Ageas Bowl in Southampton, England on Saturday. 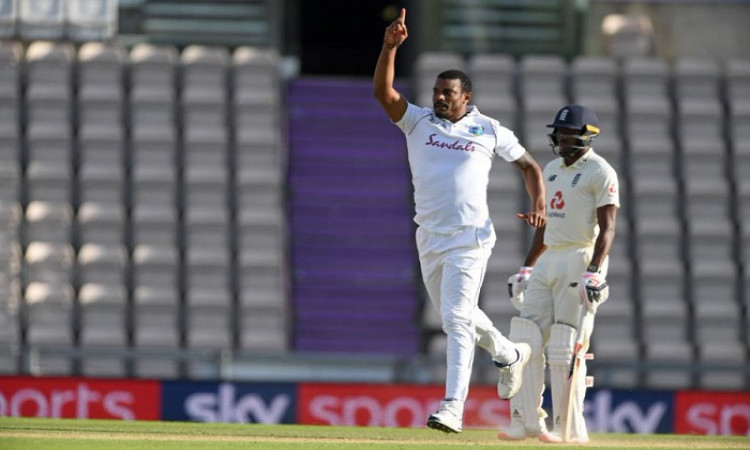 
Sachin Tendulkar bats for doing away with 'Umpire's Call' in DRS

It was West Indies skipper Jason Holder who provided the breakthrough as Stokes edged him to gully and fell to his counterpart for the second time in the match. The battle between the two top ranked all rounders has seen Stokes dismissing Holder in West Indies' first innings too.

The very next over, Crawley hit the ball straight back to Joseph who took the catch in his follow through. Jos Buttler (9) then played on off Joseph after which Shannon Gabriel took Dom Bess (3) and Ollie Pope (5). England went from 249/3 to 279/8 in just over 10 overs.

Jofra Archer (5) and Mark Wood (1) are currently in the middle with only James Anderson left to come. The visitors will be looking to make quick work of the England tail so as to give a chaseable total for their batsmen in what could be a tantalising final day of the Test. Brief scores: England 204 and 284/8 (Crawley 76, Sibley 50; Gabriel 3/62); West Indies 318 all-out (Brathwaite 65, Dowrich 61, Stokes 4/49)