Australian fast bowler Mitchell Starc on Wednesday gave England's Adil Rashid a warning for stepping out of his crease before he bowled the ball at the non-striker's end during the third ODI between the two sides at Old Trafford. Rashid was left with a wry smile as Starc sportingly didn't run him out via 'Mankadad', as this type of dismissal is known. 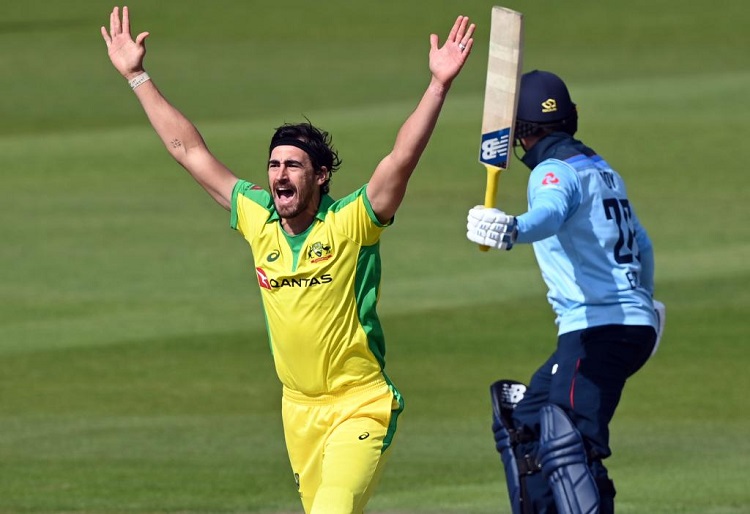 The incident happened at the end of what turned out to be a rather disappointing day for Starc after he started the match with consecutive wickets off the first two balls of the opening over. He took one more wicket later but conceded 74 runs as England scored 302/7 after winning the toss.

The 30-year-old bowler bowled the penultimate over of the England innings and as he ran in to bowl the fifth ball, but ended up running past the stump line with his hand pointed towards the crease. Rashid was well outside the line by then and walked back with a wry smile on his face.

The 'Mankading' debate has been raging in recent days due to the impending start of the Indian Premier League (IPL) and Delhi Capitals spinner Ravichandran Ashwin's views on it. Former Australia captain Ricky Ponting, who worked with Starc and the rest of the team during the 2019 World Cup and is currently head coach of Delhi Capitals, said that while he still didn't support 'Mankading', he agreeed that the batsmen were essentially cheating by backing up outside the crease before a ball is bowled. He said there should be a deterrent against it.

"I think something has to happen with the laws of the game to make sure batsmen can't cheat and there certainly shouldn't be the rule the way it is. I think if you bring in some sort of run penalty for the batsman if they're deliberately leaving their crease and pinching ground that might be the way to go about it," Ponting told Cricket.com.au