Dwayne Bravo turns up as barber for CSK team-mate 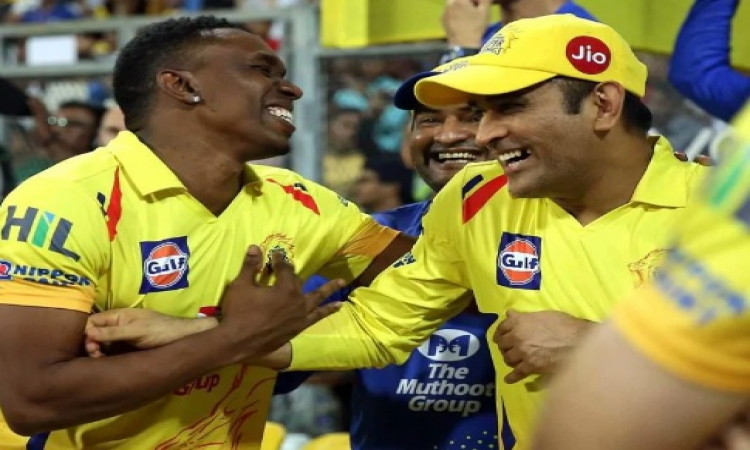 New Delhi, May 5 (CRICKETNMORE) Dwayne Bravo isn't the one to shy away from an opportunity to have fun with his team-mates. He is known to be a livewire in the Chennai Super Kings dressing room. In a latest video, tweeted by the defending IPL champions, Bravo can be seen giving his team-mate Monu Singh a haircut.

Monu initially looks reluctant but agrees when Bravo says he will give him Rs 1 million in case of a bad job. After the haircut, Monu appears happy with his new look.

Bravo missed a long part of the group stage for CSK due to a grade 1 hamstring injury he suffered during their loss to Mumbai Indians in April. While the Trinidadian was an integral part of the team, his absence hardly had any impact with CSK cruising to the play-offs and is tipped to finish the group stage topping the table. Bravo made his comeback on May 1 in CSK's 80-run win over Delhi Capitals.

Looking to win a record fourth title and their second on the trot, CSK have made light of qualifying for the play-offs, losing just four of the 13 matches. However, they will need to beat Kings XI Punjab in their last group match on Sunday to ensure that they finish on top of the table.