Dwayne Bravo revealed the role he played in Mumbai Indians (MI) signing Kieron Pollard in 2010. Bravo played for MI between 2008 and 2010 and the team was searching for a replacement after the Trinidadian left for Chennai Super Kings. 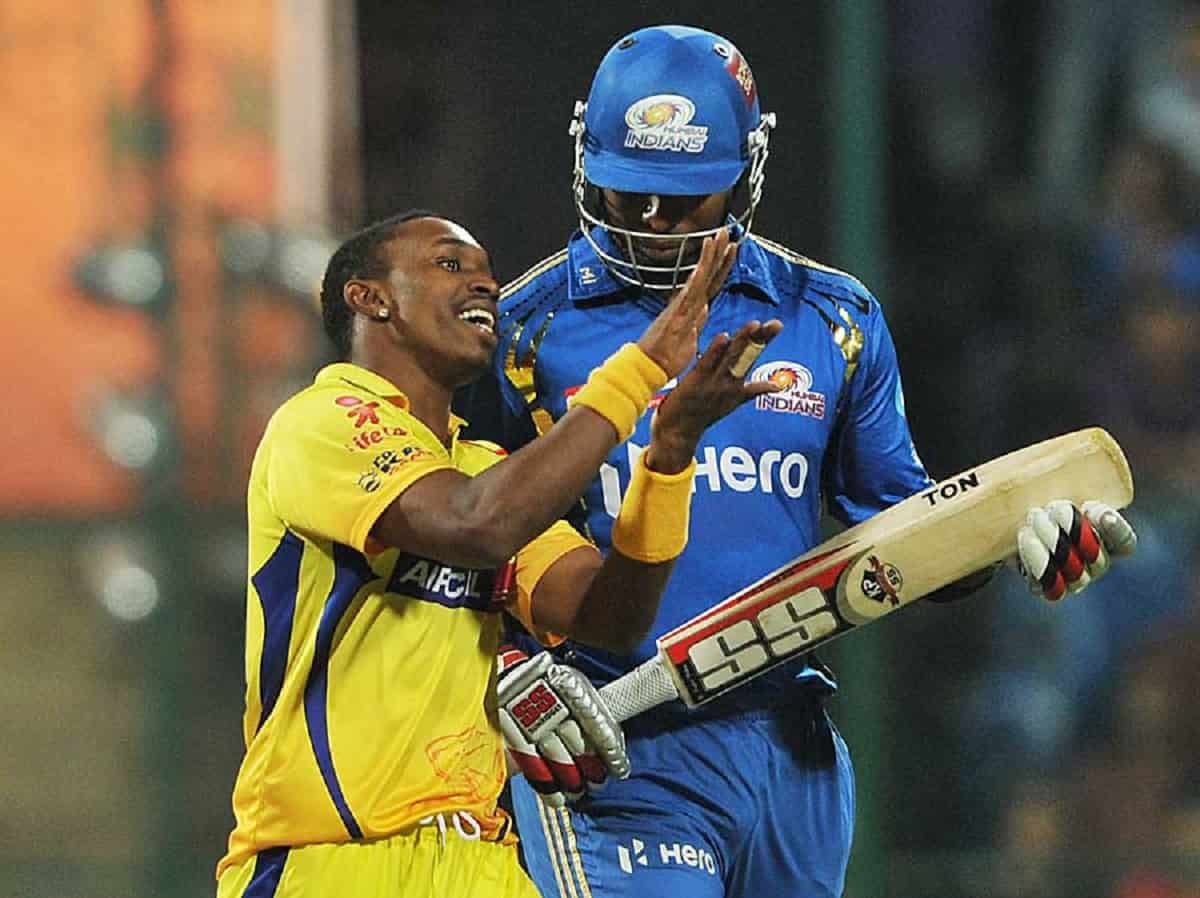 "When Mumbai Indians needed a replacement for me, I gave them Kieron Pollard's name. When they tried contacting him, he was playing for a club, so I recommended Dwayne Smith and he became my replacement," Bravo told Cricbuzz.

"The following year, when it was the Champions League, I called Rahul (Sanghvi) and said, 'Pollard, he's here. Come and sign him now before the tournament starts.' Rahul and Robin Singh left Mumbai and came to Hyderabad, I'll never forget they came with a contract which at that time was 200,000 USD. I called Pollard, who came downstairs and met them both in the lobby. He saw the contract. Now for someone coming from Trinidad, as a 19-year-old, that was wow. He said, 'Dwayne are you serious?" said Bravo.

Pollard has turned out to be one of the most important signings in MI's history, playing an integral role in the team's five Indian Premier League (IPL) victories. He has scored 3,191 runs for MI at a strike rate of 150.87 and taken 63 wickets as well.