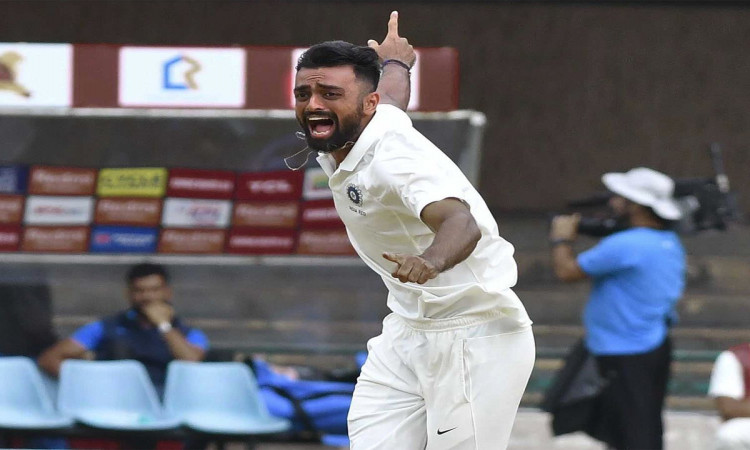 Bengaluru, Sep 4: A disciplined bowling effort by India Red pushed India Green on the back foot as they were reeling at 147/8 when stumps were drawn on the rain-hit opening day of the Duleep Trophy final at the M. Chinnaswamy Stadium here on Wednesday.

Left-arm medium pacer Jaydev Unadkat was the wrecker-in-chief for India Red as he scalped four wickets for 58 runs.

Apart from Unadkat, Sandeep Warrier, Avesh Khan and Aditya Sarwate picked up one wicket each.

Opting to bat first, India Green were off to a poor start as they lost opener Faiz Fazal (12) with just 19 runs on board. Akshath Reddy (16) and Dhruv Shorey (23) tried to repair the early damage with a short 34-run partnership before the latter became a victim of Warrier.

India Green then lost two wickets with the addition of just 12 runs. The story continued in the latter sessions of the day as India Red bowlers kept on jolting their opponents at regular intervals.

Mayank Markande and Tanveer Ul-Haq were batting on 32 and 8, respectively, when bad light brought an early end to the day's play.