Dressing room feels empty without you: Rahul to Hardik 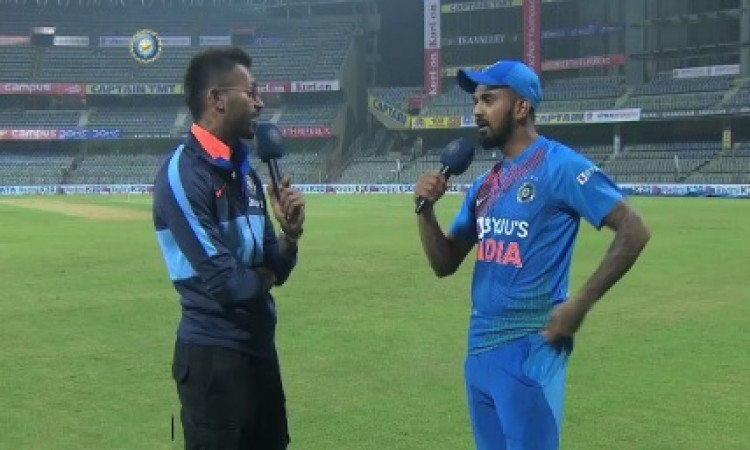 Mumbai, Dec 12 India opener K.L. Rahul, who played a scintillating knock in the final T20I against West Indies to help India clinch the three-match T20I series on Wednesday, has revealed that he misses all-rounder Hardik Pandya in the dressing room. Hardik last played for India during the T20I series against South Africa at home in September and underwent a back surgery in October.

"We are waiting for you to come back quickly, the dressing room feels empty without you at least for me, don't know about the rest," Rahul said while interacting with Hardik after India's 67-run win over West Indies in the series decider at the Wankhede.

"You and (Jasprit) Bumrah are so important to the team. Hopefully you guys recover and come back soon," he added.

"They (other teammates) are also feeling the same, they told me off camera," Hardik replied with a grin. The video of the conversation was posted on the official Twitter handle of BCCI.

On Wednesday evening, Rahul scored 91 off just 56 balls as India posted a mammoth total of 240/3. Virat Kohli and Rohit Sharma also took the Windies bowlers to the cleaners and contributed with 71 and 70* runs respectively.

In reply, West Indies could manage 173/8 in their allotted quota of 20 overs and lost the match by 67 runs