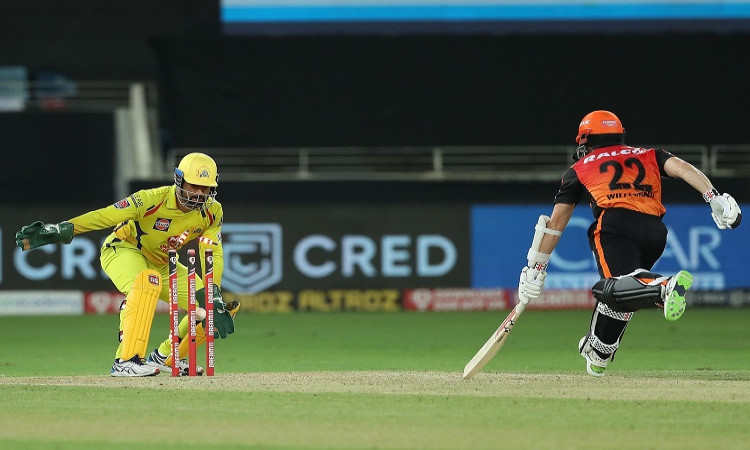 Garg, 19, playing his first IPL, was involved in a mix-up with Williamson which ultimately led to the New Zealander's dismissal during SRH's inning against CSK on Friday evening at the Dubai International Stadium. While it may be said that it was not completely Garg's fault, Williamson -- contrary to his calm and composed character -- looked infuriated as he scored nine runs of 13 balls.

Also Read: Mumbai Indians Remain At The Top Of The Table, Sunrisers Move Up

"It felt really bad when he (Williamson) got run-out. He was a set batsman. That he was run-out was a mistake, but everything went alright after that," Garg told Abhishek Sharma in a video posted on iplt20.com.

"When I went back to the dugout, he said to me 'Don't worry mate, forget about it. You've batted really well'," he added.

And Garg (51 off 26 balls) did play well as he scored his first IPL half-century and helped SRH post 164/5 which they were able to defend successfully by restricting the MS Dhoni-led side to 157/5 in their allotted 20 overs, thus winning the match by seven runs.

Talking about his partnership with Abhishek, the 19-year-old said: "I had no pressure when Abhishek came in to bat because we know each other and our strengths."

"We both gelled well together and enjoyed each others' batting. I felt really good about scoring my first IPL fifty," he added.

On Sunday, SRH will play their next encounter against Mumbai Indians while CSK will take on Kings XI Punjab.