Barbadian left-arm pace bowler Dominic Drakes bowled a spectacular two overs in which he took four wickets, as the 23-year-old guided Delhi Bulls to the final of the Abu Dhabi T10 with a huge 49-run w 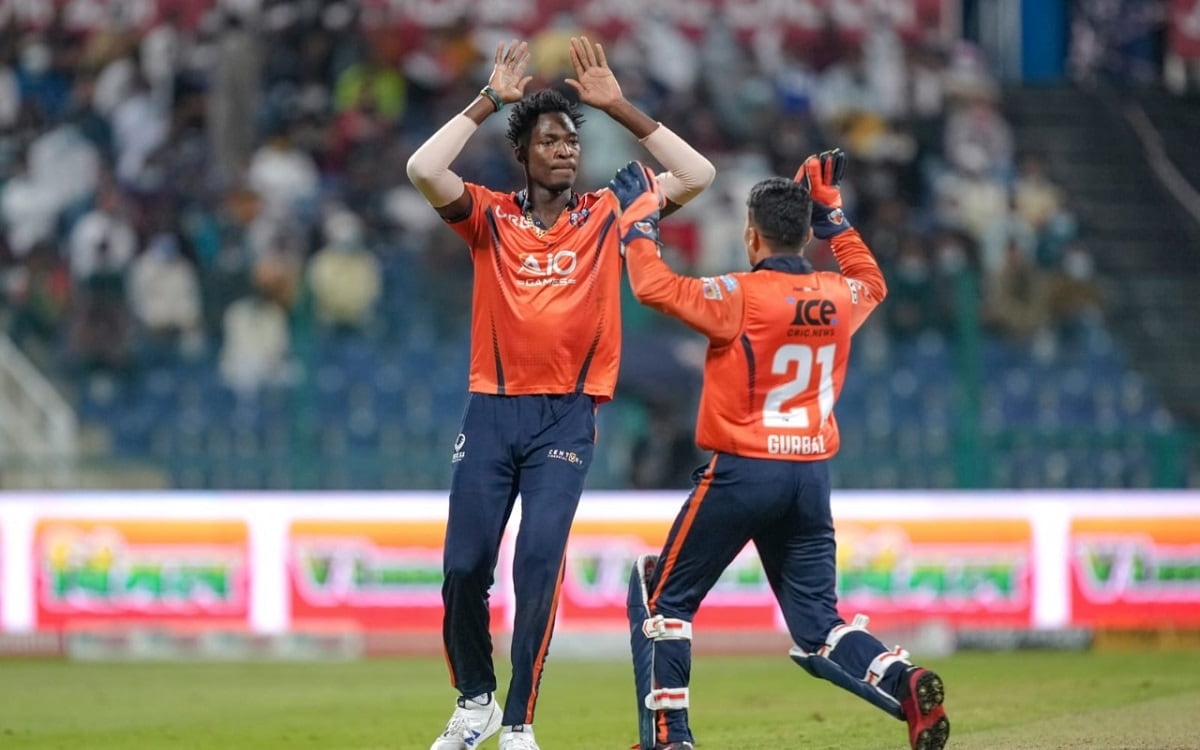 Barbadian left-arm pace bowler Dominic Drakes bowled a spectacular two overs in which he took four wickets, as the 23-year-old guided Delhi Bulls to the final of the Abu Dhabi T10 with a huge 49-run win over Team Abu Dhabi in Qualifier 2 here.

The Bulls will be up against the Deccan Gladiators in the final, while Team Abu Dhabi will take on Bangla Tigers in the third-place play-off later on Saturday.

After the Delhi Bulls recorded an imposing 109/7 in their 10 overs, Team Abu Dhabi were bowled out for 60 in 8.3 overs, with Drakes returning figures of 4/13 in his two overs.

However, Drakes brought the Delhi Bulls back into the match by taking the wickets of Salt and skipper Liam Livingstone in the second over. Fazalhaq Farooqi made matters worse for Team Abu Dhabi when he dismissed Stirling in the fourth over, leaving Team Abu Dhabi at 39/3.

Romario Shepherd tilted the match in favour of Delhi Bulls when he removed West Indian talisman Chris Gayle for 14 from 11 balls and Danny Briggs for nought in consecutive deliveries in the fifth over. Team Abu Dhabi were reduced to 44/6 and from thereon, they kept losing wickets at regular intervals and eventually folded up for 60.

Earlier, Sheldon Cottrell got Team Abu Dhabi off to a great start by bowling out Rahmanullah Gurbaz on the first delivery of Delhi Bulls' innings. Sherfane Rutherford tried to gain momentum for the Bulls as he struck a four and a six in the second over. However, he was dismissed by Livingstone for 19 runs from eight balls in the next over.

Team Abu Dhabi continued to put pressure on their opponents by picking up wickets at regular intervals. Livingstone led from the front with magnificent figures of 2/7 in his two overs.

Shepherd tried to take the responsibility of getting the runs for the Bulls as he smacked Marchant de Lange for consecutive boundaries in the seventh over, but he was removed by Cottrell for 26 runs from 16 balls in the ninth over. Adil Rashid's breezy cameo of 13 runs from five balls helped the Bulls post 109/7 in their 10 overs.