Barbadian fast bowler Dominic Drakes bowled a fine spell as the Delhi Bulls notched a 12-run win over Bangla Tigers in the Abu Dhabi T10 here. Batting first in a late Sunday game, Delhi Bulls posted 100 for 7, with Drakes returning to pick four wickets conceding just nine runs as the Tigers were restricted to 88/9 in their allotted 10 overs. 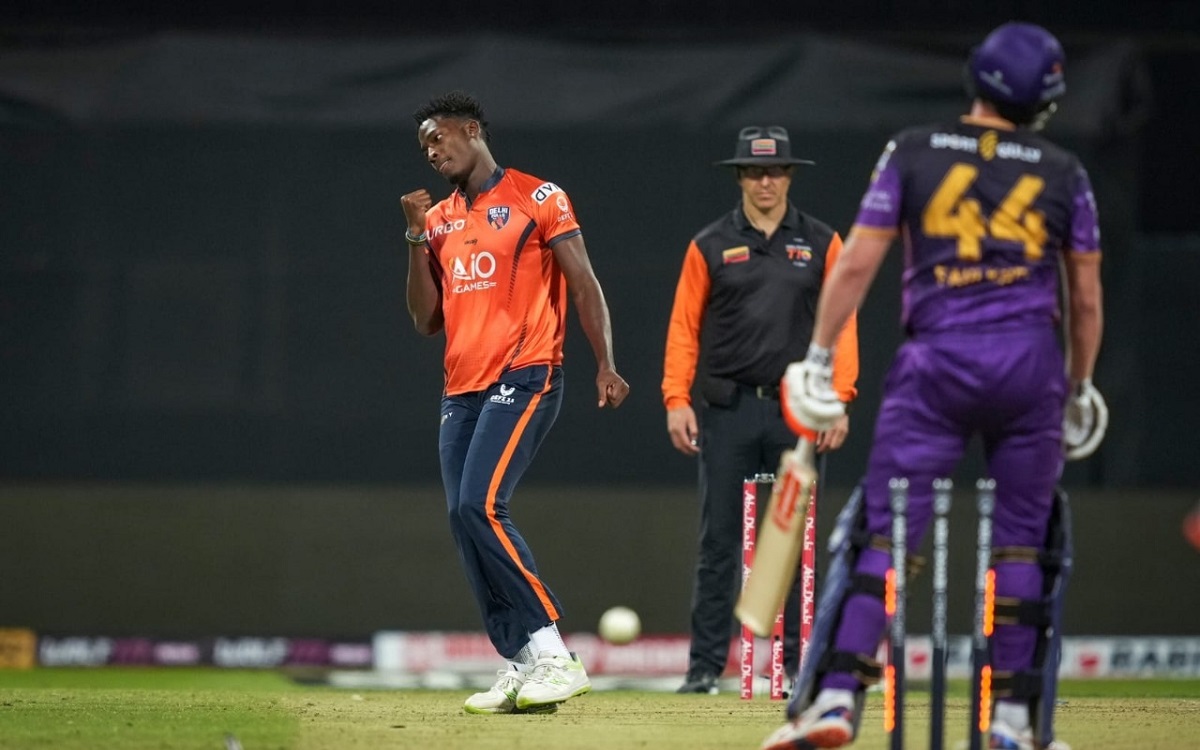 Skipper Dwayne Bravo, who announced his retirement from international cricket recently after West Indies' campaign at the ICC T20 World Cup came to an end in the UAE, set the tone with the ball by dismissing St Lucian player Johnson Charles and Afghanistan's Hazratullah Zazai in the second over.

Thereafter, England player Adil Rashid removed Will Jacks and Karim Janat in the same over, reducing the Tigers to 25 for four in three overs. Captain Faf du Plessis gave a little hope to the Tigers when he smashed two boundaries and a six. However, his cameo of 26 runs from 16 balls ended when he was dismissed by Drakes.

Drakes took two more wickets in the same over reducing the Tigers to 56/8 in 7 overs. The Delhi Bulls continued to put pressure on the Tigers and eventually walked off the field with two points.

Earlier, Luke Wright got things going for the Delhi Bulls with consecutive boundaries in the second over. However, Pakistan speedster Mohammad Amir dismissed him on the final delivery of the same over.

The Bangla Tigers put more pressure on the Bulls when James Faulkner bowled out Sherfane Rutherford in the third over. Rahmanullah Gurbaz tried to gain momentum for the Bulls as he struck a six and a four off Karim Janat's bowling in the fourth over. However, Luke Fletcher dismissed Gurbaz in the next over.

As wickets kept tumbling at the other end, Eoin Morgan took the responsibility of getting the scoreboard moving. The Englishman smacked Faulkner for a six and a four in the ninth over and struck another boundary off Luke Wood's bowling in the next over. However, Morgan was dismissed by Wood for 35 runs from 19 balls on the third delivery of the last over. Dwayne Bravo's six over sweeper cover in the next ball helped the Bulls post a competitive total.

Both teams have 10 points each but the Tigers are third with better net run rate and the Bulls fourth.