Australia women came out with yet another incredible performance, with both bat and ball, as they defeated New Zealand by eight wickets in the second T20I on Sunday, thereby securing the three-match series. 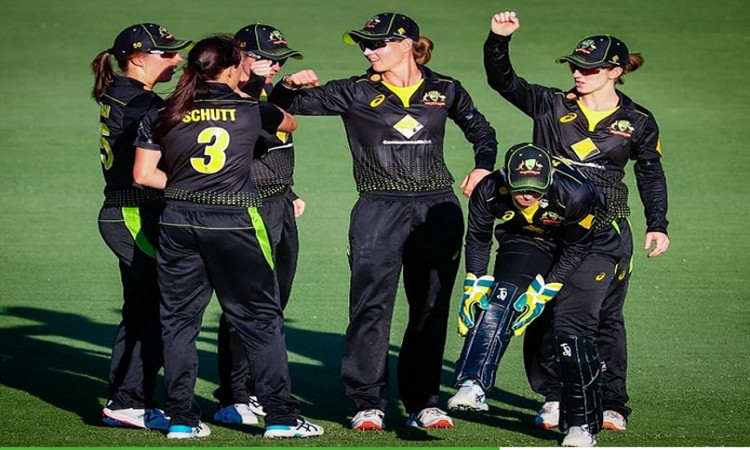 Australia first bundled New Zealand for 128 in 19.2 overs, with the innings punctuated by another contentious White Ferns dismissal and then chased down the target with more than three overs to spare.

Also Read: Shattered Such A Person Isn't With Us Anymore: Shane Watson On Jones' Death

Right-arm medium pacer Delissa Kimmince (3/21) and leg-spinner Georgia Wareham (3/26) were pick of the bowlers for the hosts who were asked to bowl first by Kiwis skipper Sophie Devine on a wearing Allan Border Field pitch.

However, apart from Suzie Bates (22) and Amy Satterthwaite (30), none of the New Zealand batters could stay long at the crease and struggled to score runs.

Chasing the target, Alyssa Healy -- who earlier in the first innings went past MS Dhoni to take over record for maximum dismissals in T20Is -- gave a solid start to the Aussies along with Beth Mooney. The pair added 51 runs in 4.3 overs before Healy got out after scoring 33 runs off just 17 balls, which included five 4s and a six. Soon Mooney also went back to the pavilion after contributing with 24 runs.

However, skipper Meg Lanning (26*) and Rachel Haynes (40*) didn't allow any further wickets to fall and saw the hosts go across the line in 16.4 overs.

Australia, who had won the first match by 17 runs on Saturday, will now aim for a clean sweep when they take on the visitors in the final T20I at the same venue on Wednesday, before competing in a three-match ODI series.