Disappointed with my own performance: Mathews

July 5 (CRICKETNMORE) The 50-over World Cup is the biggest stage for any cricketer and when one is playing as a senior batsman in a team filled with youngsters, you expect for him to lead from the front. But sadly, that has not been the case for Angelo Mathews. The former skipper has managed just 131 runs from six games with a fifty in the ongoing edition of the World Cup. 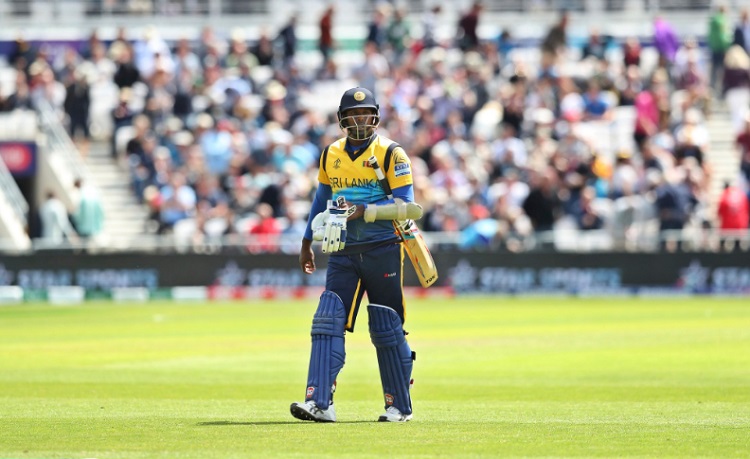 Asked by IANS if his failure to rise to the challenge has been disappointing, considering that he is the senior member of the squad, Mathews said: "Yes, I am disappointed with my performance. I was able to get one big score but I missed out, specially in the first three games. I am very disappointed and could have done a lot better than what I have done. But hoping to finish off well."

But that doesn't mean that he is looking to shut shop. In fact, the all-rounder is looking to get back to bowling more regularly post the World Cup.

"Look I am still 32, so I want to play a few more years and look where I am. I want to start bowling soon because that can contribute towards the team in a big way. Unfortunately, I couldn't build my bowling up before the World Cup and will look to contribute in all departments in the future," he said.

While everyone has been talking of how India and England are favourites to win the showpiece event, Mathews says it is all about doing well on the day of the match.

"See, India is playing very good cricket, but so is Australia, New Zealand and England. Anyone can beat any team on any given day. It is about playing well on the day," he pointed.

Mathews feels the quality of the Indian attack is also one of the reasons why the Men in Blue have done well in the tournament. "One of the best attacks going around. They have plenty of experience of playing in the IPL and tough situations so they are used to it and know what exactly needs to be done," he smiled.

Mathews wants the boys to play fearless cricket against the Indians at the Headingley Cricket Ground on Saturday and finish on a high.

"I think playing fearless cricket is important and those who have done well is because they have played fearlessly. If the pressure gets to you, you wont make the right decisions and that has happened to all of us at certain points. It all depends on how you handle pressure. It hasn't been a great tournament but looking to finish well," he said.