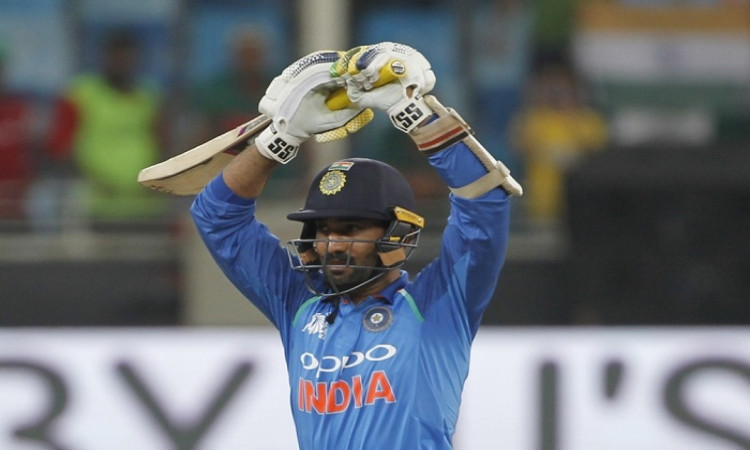 Nayar is credited with helping Karthik get out of a rut. "In the past two years he has showed us how versatile he is. He is not only a finisher, but could bat well up the order. He gives you that versatility also being a wicketkeeper and a good fielder," Nayar said.

Nayar put Karthik through a rigorous training programme that helped the stumper-batsman make a statement in the Nidahas Trophy final when he struck a last ball six last year.

"He is not only a keeper backup, but also a batsman backup who can come and field. We've seen how well he fields and the kind of catches he has taken. He is also ideal to bat at number four. The kind batsman he's you can use him anywhere in the batting order. He is someone who should be definitely in the World Cup squad," said the KKR mentor.

KKR lost their last round match to Chennai Super Kings where they were restricted to a paltry 108 for nine.

"I think one game doesn't define this team. Even in the last game, we fought till the end defending a small total and showed character," Nayar said hoping for a turnaround against Delhi Capitals.

In their return leg clash the spotlight is on Cricket Association of Bengal president Sourav Ganguly who will be seen as a 'visitor' in the opponents' dugout as their team advisor.

"We are fine as long as he's not playing. Having someone like Sourav is a great USP. But it's about cricketers on that particular day," an unfazed Nayar said.