Dinesh Chandimal suspended for one Test after being found guilty

June 20 (CRICKETNMORE) - Sri Lanka captain Dinesh Chandimal has been suspended from his side’s third and final Test against the Windies after he was found guilty of changing the condition of the ball during the second day’s play of the second Test, which concluded at Gros Islet on Monday. 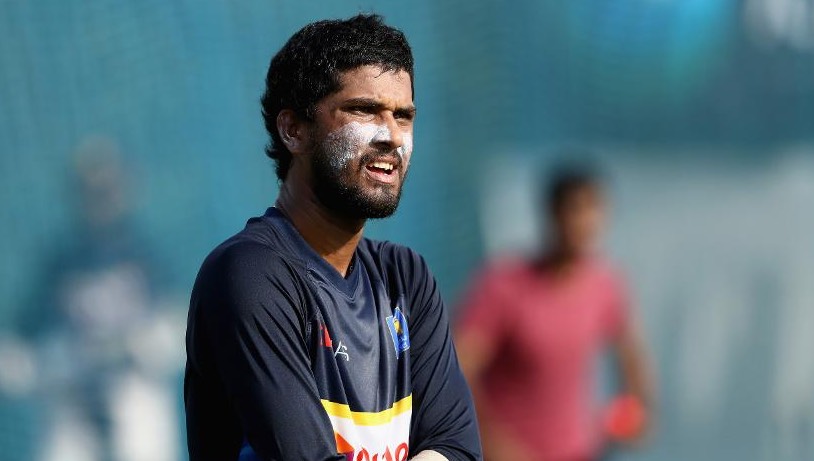 During a hearing held at the end of the St Lucia Test, in which video evidence was used in the presence of the Sri Lanka team management as well as the match officials, Chandimal admitted putting something in his mouth but wasn’t able to recall what it was.

Javagal Srinath of the Emirates Elite Panel of ICC Match Referees, on Tuesday, after utilising the time available to him under the code to make his decision, handed Chandimal the maximum punishment available under the code, i.e. two suspension points and a fine of 100 per cent of his match fee.

As two suspension points equate to a ban from one Test or two ODIs or two T20Is, whatever comes first for the player, Chandimal will now miss the day/night Barbados Test, starting from Saturday, 23 June. Furthermore, and because two suspension points correspond to four demerit points, these have been added to Chandimal’s disciplinary record.