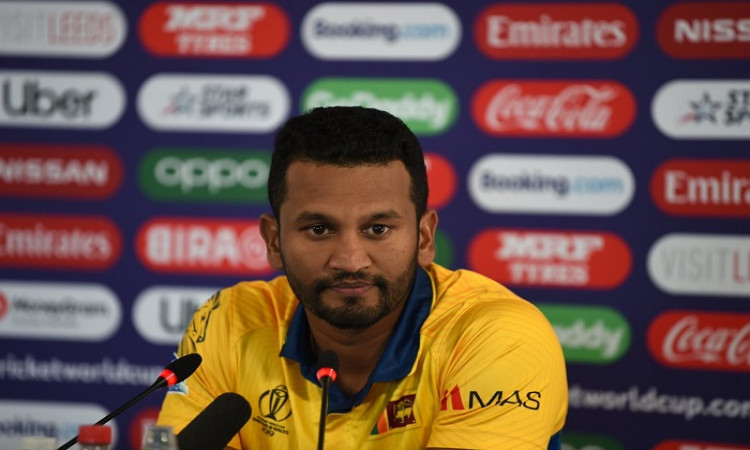 Leeds, July 7 (CRICKETNMORE) Sri Lanka skipper Dimuth Karunaratne wants his boys to take a leaf out of Indias limited-overs deputy Rohit Sharmas book. Speaking after the loss to India in their final group stage game at Headingley on Saturday, the captain said that scoring big after getting settled is something that the Lankan batsmen can learn from the Indian opener.

"I think every time he (Rohit) gets a start, he keeps scoring big runs. That's what we want. He is fearless. And he knows how we're going to get a hundred and he's batting really well. At one time he wanted to take charge, but he knew which bowlers to respect. And those are the little things he has mastered really well. Simple plan is to keep batting and batting. That's what I want for the youngsters.

"He's an ideal candidate to watch. The men can learn something from him -- just keep batting and batting. He was very hungry for the runs. And that's a huge thing for the youngsters," he said.

Rohit scored his fifth hundred of this World Cup on Saturday.

Asked where the execution went wrong for Sri Lanka, Karunaratne said: "I think we planned -- even previously I had said, we planned really well, but we failed to execute at that time. I think we bowled really well. But the wicket was not helping much. Even Lasith Malinga, who knows Rohit really well, tried and kept trying. But unfortunately he couldn't get that wicket.

"Even Rahul's wicket, it's not easy, the wicket was getting slower and slower. And they kept batting. We had to bowl so many slow balls. They knew they had a good batting line-up behind them and they kept batting and batting. They knew if they had 60 balls and needed 90 runs, even then they could do it. And once the shine was off, they batted really well."

Talking of Malinga who played his last game in the showpiece event, the skipper said the team would have ideally liked to give him a winning farewell on the big stage.

"If we could win, it would have been good for Lasith. We all wanted to give him a nice farewell, but unfortunately we couldn't. But I think we tried really hard...But Malinga is going to play another couple of games in Sri Lanka against Bangladesh. We'll try to give a nice send-off at that time," he said.