Canberra, Feb 2 (CRICKETNMORE):  Sri Lanka opener Dimuth Karunaratne has been declared in "no danger" after being stretchered off in a neck brace while handling a nasty hit from Australia pacer Pat Cummins on Day 2 of the second Test between Australia and Sri Lanka here on Saturday. 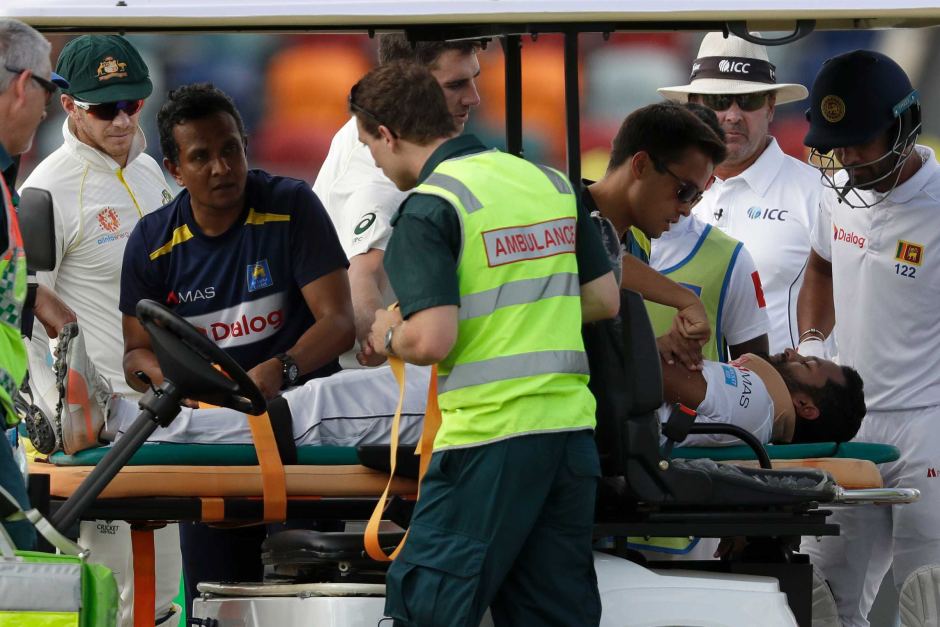 Thirty-year-old Karunaratne, who was 46 not out when he was hit in the back of the neck by a bouncer from Cummins, fell to the ground dropping his bat before the Australian cricketers ran for help.


Smriti Mandhana rockets to No.1 in ICC ODI rankings

Later, a doctor and physio were called for more medics after which the opener was put onto a stretcher and taken off the field.

After a medical examination, it was declared that Karunaratne is in "no danger".

"Dimuth has been discharged from Canberra hospital following assessment and all cleared. A further update will be provided on his playing status tomorrow prior to play," Sri Lanka Cricket (SLC) was quoted as saying by espncricinfo.