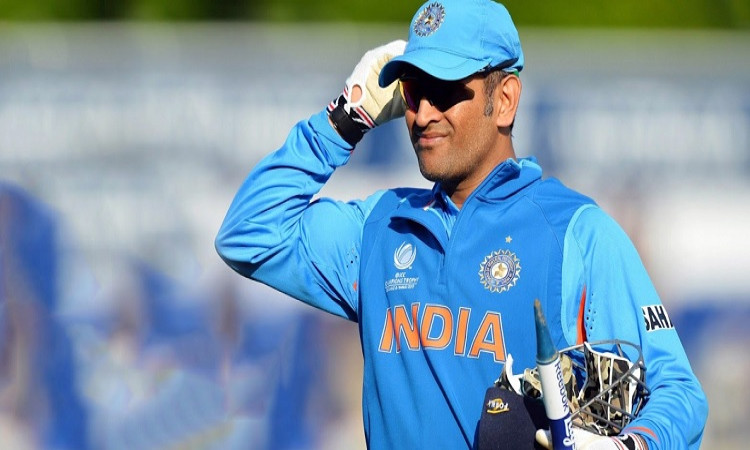 A nondescript issue of Rs 1,800 dues that Mahendra Singh Dhoni apparently owes to his parent body, the Jharkhand State Cricket Association (JSCA), seems to be snowballing into a major controversy. More fuel was added to the fire after some school students and die-hard fans of the legend collected the money, got a draft made of that amount, and tried submitting it to the JSCA.

However, when a group of people, led by former cricketer and activist Shesh Nath Pathak, tried submitting the draft at the JSCA's registered office in Jamshedpur on Saturday, it was not accepted.

JSCA secretary Sanjay Sahay confirmed to IANS that the draft was not accepted, but rather strangely did not say whether Dhoni has paid his dues, even as he claimed that only he knew the reality. This ambiguity could lead to more speculation.

The Rs 1,800 dues is mentioned in the JSCA's annual report 2019-20 that has recently been published. However, the report gives no other detail of the dues except that this amount was "receivable" from one of India's most successful captains based in Ranchi. Later, Sahay apparently clarified that it was actually the GST amount that Dhoni has to pay on his JSCA life membership fee of Rs 10,000.

Pathak said when he went to deposit the cheque at the JSCA's registered headquarters at the Keenan Stadium in Jamshedpur it was not accepted. "Some school kids and Dhoni's fans collected the money and got a draft made of Rs 1,800. But when I, along with some other people, went to the JSCA office to deposit it, they refused to take it - perhaps on someone's instructions -- and gave an acknowledgement receipt. We were advised we could send it by post," Pathak, who is known to protest against alleged irregularities in the JSCA.

Sahay asked if Dhoni had authorised those people to deposit the amount. "If someone has to do something he is free to do that. He can't be stopped. Suppose I authorise someone to pay fees or money on my behalf, only then can that person pay it, isn't it? Did Dhoni authorise these people to pay his dues? My permission (to accept the draft) is not needed in this; the permission of the person who is supposed to pay dues is required - that they could deposit the dues on that person's behalf. Isn't it? Otherwise, anyone can come and offer to pay the dues of anyone," Sahay told IANS.

And when asked if Dhoni has submitted his dues, Sahay left enough scope for more speculation. "I can't tell you that," he would merely say. He tried justifying this by saying: "This issue is between us (JSCA) and the person who is to pay the dues. The JSCA annual report is up to March 31, 2020. Who knows whether he has paid his dues after March 31? Only I know; no one else knows this. This is an internal matter of the association. So, let it be with the association."

It is being said in Jharkhand cricketing circles that a JSCA representative had gone to Dhoni's home in Ranchi to collect the Rs 10,000 life membership fee after the JSCA granted him that status at its AGM on October 31. The representative could have asked for a cheque of Rs 11,800, including the GST on the life membership fee of Rs 10,000, allege Dhoni's supporters.

Sahay said that he was not aware of that. "I have no information about this, so I wouldn't be able to say anything on this," he said. "But, yes, Dhoni has been informed (about his dues)."

Earlier, Dhoni, who retired from international cricket last month, was made only an honorary member of JSCA. Then, after loud protests by the cricketer's fans and supporters, the JSCA at a meeting of its management committee in September last year, decided to grant Dhoni the life membership. The management committee's decision was approved at the JSCA's October AGM. But, strangely, the JSCA took an inordinately long time to publish the members' list on its website, and finally did it this July.