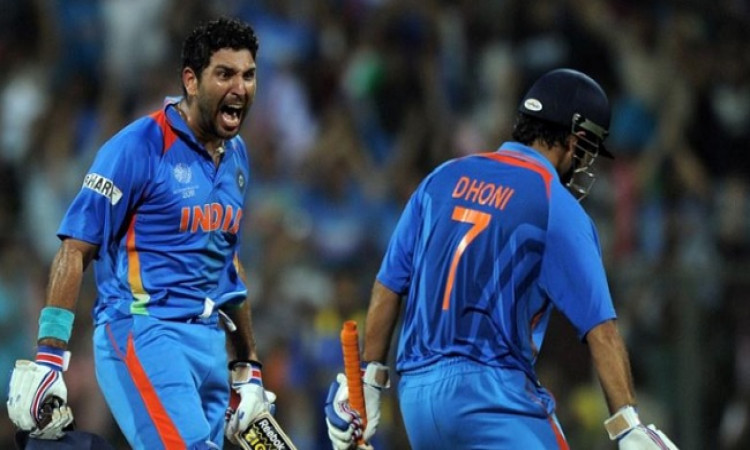 "I think Mahi (Dhoni) has a great cricketing brain. As a wicket-keeper, you are in the best position to monitor the game and he has done that fantastically over the years. He has been a great captain. (He's) with the young players and guiding Virat (Kohli) all the time," Yuvraj was quoted as saying by icc-cricket.com.

"I feel his presence is very important in the decision-making. He had a fantastic tournament in Australia, and it is good to see him hit the ball they way he used to do. I wish him all the best," he said.

Dhoni is one one of the most successful captains in Indian cricket, winning the 50-over World Cup in 2011 and the inaugural World Twenty20 in 2007.

Apart from his skills with the bat and as keeping gloves, Dhoni is also valued in the Indian team due to his ability to guide bowlers in crucial situations.

He has been facing criticism from some quarters recently due to his slow scoring rate. Dhoni, however, replied to his critics string of excellent performances during the limited-overs series in Australia and New Zealand.

Yuvraj also praised rookie batsman Shubman Gill who recently made his international debut during the One-day International (ODI) series in New Zealand. "I was excited to see him (Shubman) play for India," he said.

"It is amazing, how he has improved so much. He came back from the (India) A tour, scored lot of runs in the domestic cricket, straightaway got an opportunity."