Cricket icon Mahendra Singh Dhoni's Ranchi-based mentor Deval Sahay returned home on Friday after spending 40 days in two hospitals where he was put on a ventilator and treated successfully for several ailments, including Covid-19. 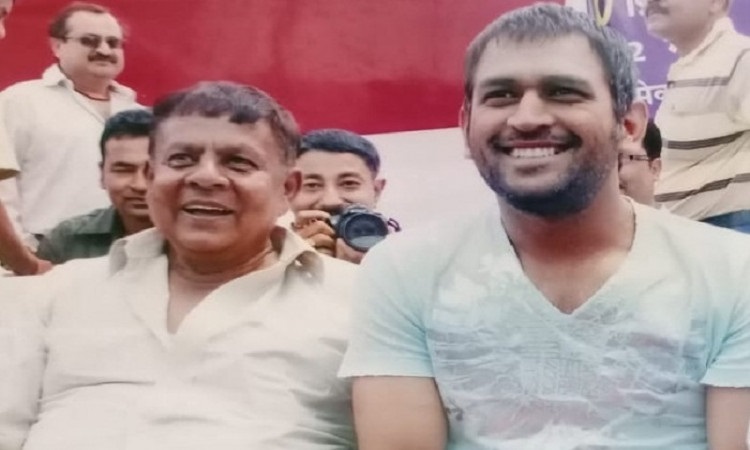 Sahay, 73, who played a crucial role in shaping Dhoni's early career by providing him turf pitches at the Central Coalfields Limited (CCL) to play on in Ranchi, was first admitted to the Jagannath Hospital, where he was put on a ventilator. After he tested positive for Covid-19 there, he was shifted to the Medica Speciality Hospital.

Also Read: Happy The Way We Came Out In 2nd Innings, Thought It Was An Under Par Score: Shreyas

"He has returned home, but he is very, very weak. He has to get back his strength and everything. By God's grace, he is doing well otherwise," Sahay's wife Meena told from Ranchi.

"He was shifted to the Medica Speciality Hospital from the Jagannath Hospital because of Covid-19 -- one of the hazards of going to a hospital these days. He was shifted to a room in Medica, and he is much better now. He is such a great fighter and that was proved again during his illness," she said.

Sahay, a former Director (Personnel) with CCL, spent a long time on a ventilator at the Jagannath Hospital. But he eventually recovered and was taken off it, only to test positive for Covid-19.

While spending 40 days in the two hospitals, Sahay was treated for a spate of illnesses -- Covid-19, deficiency of sodium, deficiency of potassium, urine infection, low oxygen, accumulation of carbon dioxide in the body, lungs infection due to pneumonia attack, and he also had bed shore.

When Sahay hired a young Dhoni on a stipend from the Research and Development (SAIL) in 1997-98, only Mecon, with which the budding cricketer's father was working, had turf pitches in Ranchi. The Macon turf pitches were prepared under Sahay's supervision when he worked in that company.

When Sahay joined CCL, he got turf pitches prepared there as well. And just when Dhoni was about to represent the Research and Development (SAIL) team, Sahay got his registration canceled -- only he could do something like that as he was all-powerful at the time in Ranchi. He brought Dhoni to CCL, where his game flourished.

Many Ranchi-based cricketers whom Sahay mentored at the CCL, besides his relatives and friends, visited the hospitals out of sheer respect for the veteran administrator.