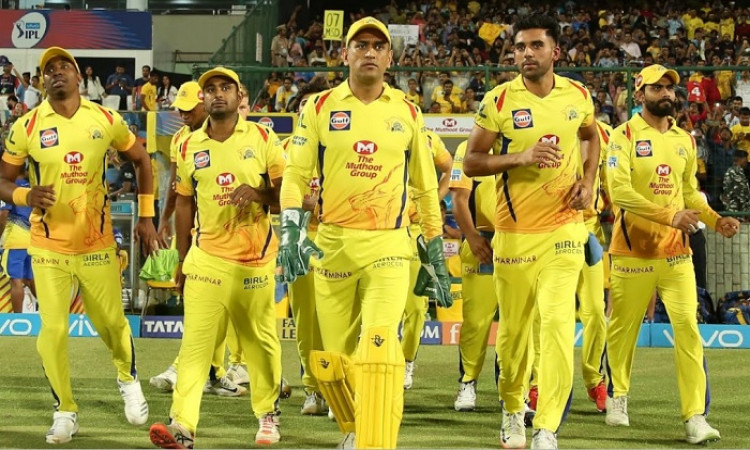 New Delhi, Dec 2: Cricketer-turned-commentator Sanjay Manjrekar believes M.S. Dhoni's leadership is one of the greatest assets for Chennai Super Kings, adding that if the wicketkeeper-batsman can replicate last season's performance, it would augur well for the team in next edition of the Indian Premier League.

In last edition of the IPL, where CSK finished as runners-up, Dhoni scored 416 runs at an average of 83.20 in the 15 matches he played.

CSK boasts of having experience in their side with the likes of Faf du Plessis, Shane Watson and Suresh Raina being there in the team. The Chennai-based franchise has won the title three times in 2010, 2011 and 2018 and would be looking for the fourth in next year's season.

"CSK have always had senior players in their squad, they have Faf Du Plessis and Shane Watson at the top, they have got players like Ambati Rayudu and Suresh Raina at the middle, so a backup middle order batsman would be a good idea for them," Manjrekar said while speaking at Star Sports show Game plan.

"Dhoni loves to take these chances with ageing players, his leadership eventually makes a difference and if he can replicate last season's performance, it would be great for the team," he added.

The auctions for next year's IPL are slated to be held on December 19 in Kolkata and one of the lads who will be watched out will be Virat Singh. The middle-order batsman from Jharkhand was one of the standout performers in the just concluded Syed Mushtaq Ali Trophy. In 10 matches, Virat scored 343 runs at an average of 57.17.

Even in the Vijay Hazare Trophy, he finished with a strike rate above 100. The 21-year-old also showed glimpses of his talent in the Deodhar Trophy too, playing a game-changing 76 while batting alongside Axar Patel for India C against India B.

"If you look at his Deodhar trophy numbers, he (Virat Singh) is averaging at 80 and still striking at 101 and if he is able to do that in a 50-over format, you know he has got the fire power to play the 20-over match," said former India opener Aakash Chopra.

"Most of the IPL teams want an Indian batsman who can bat at the position of 5, 6 or 7 which is a tough place to bat as youngsters tend to struggle at that position," he added.

According to Aakash, Virat could be bought for a hefty amount by any of the franchises when they meet at the auction in Kolkata later this month.