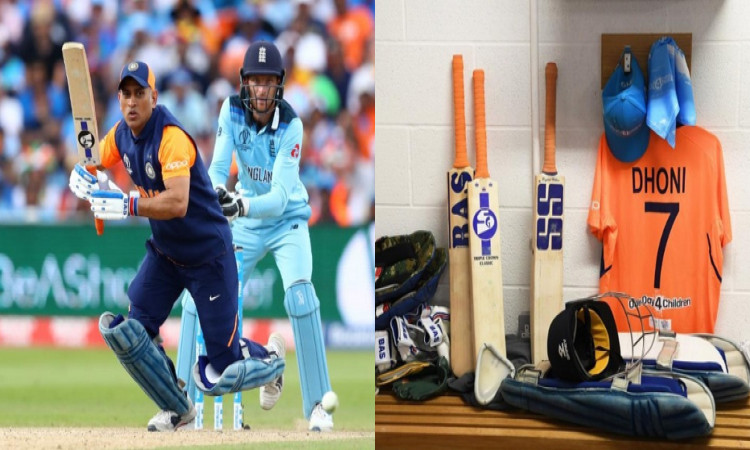 July 5 (CRICKETNMORE) Former India captain M.S. Dhoni has always been known for making unusual decisions which keep his fans and people astonished. Be it giving the last over to the then inexperienced Joginder Sharma in the 2007 T20I World Cup final against Pakistan or coming up the batting order in the 2011 World Cup final against Sri Lanka in Mumbai.

Dhoni's move has always been unpredictable and recently, the Ranchi stumper has again amused people as he has been playing with different logos of different brands.

While he is mostly remembered for playing with the 'Reebok' or the 'Spartan' stickered bat early in his career, in the ongoing edition of the World Cup, Dhoni has been seen playing with the SG, the SS, the BAS logo on his bat.

In the last two matches against England and Bangladesh, Dhoni was seen coming in to the crease with a bat having the SG logo. However, in the later parts of his innings, Dhoni switched back to the BAS logo bat when he was required to go for some big hits.

Going into the depth of the matter, sources and friends close to the charismatic player, who is presently under fire for his slow knocks, told IANS that Dhoni is playing with different company logos as a goodwill gesture and moreover, the stumper is not charging a single penny for it.

Usually, Dhoni charges around Rs 10-15 lakh per match for playing with a particular logo.