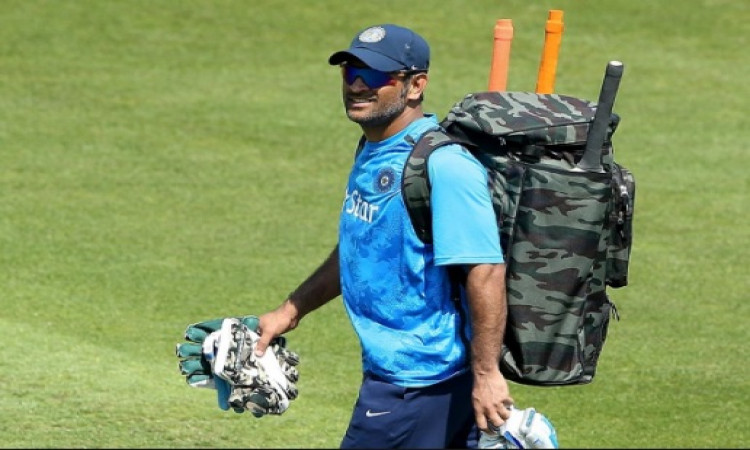 July 6 (CRICKETNMORE) For all talks of his gritty knocks as an opener and his brilliant man-management skills, what many forget is how useful a left-arm spinner current India coach Ravi Shastri was in his playing days. With 151 wickets in Test cricket and 129 wickets in ODIs, Shastri definitely knew a thing or two about spinning a web over opposition batsmen. And on Friday, it was none other than M.S. Dhoni who was seen having a long chat with the coach on playing spinners.

Walking up to Shastri after a longish session at the nets on a day when the Men in Blue opted for an optional training session, Dhoni was understood to be discussing playing spin bowlers as Shastri could be seen turning his wrists to explain the revolutions that a spinner gives to the seam as also the rip which helps in getting them drift in the air.

Even as Shastri was seen moving his wrist and fingers to explain the movements, Dhoni could be seen listening to the former India all-rounder with utmost attention. The chat lasted for close to 20 minutes before Dhoni walked off to check the pitch as Shastri made his way to the dressing room at the Headingley Cricket Ground.

The legendary Sachin Tendulkar had recently brought up the point of Dhoni struggling in the middle overs - especially when the slower bowlers are on - and had questioned his performance in the game against Afghanistan.

"Dhoni is a senior player and should show positive intent. Afghanistan's bowling is good but you can't score only 119 runs in 34 overs. He did not show any positive intent against Afghanistan. Dhoni has the ability to hit but yesterday his strike rotation was not good. He faced too many dot balls and this hampered a strong finish for India. The intent could have been much better by the middle order batsmen," he had said.

Former India player turned commentator Sanjay Manjrekar had recently brought out a stat about how playing spin has been an issue with Dhoni. Taking to Twitter, he wrote: "Here's something interesting about Dhoni -. 41 off 87 balls v spin this WC. But in the warm up games 69 off 56 balls v spin. That tells me it's mental too. He does not put his wicket on the line as much in the big games (sic)."

But Manjrekar had also mentioned in his interview with IANS that the Indian team needed to look beyond Dhoni when it came to winning matches.

"India should be looking at others, and not just Dhoni, to win them matches. I love Dhoni best when he bats like he did in the warm-up games where he scored 30 off 30 balls and then the late flourish came.

"The team management should tell him to keep up with a run-a-ball kind of start and then see how it goes. If it is 12/2, then I can understand that Dhoni's experience comes in. But once he is in at around 22-25 overs, that should be the endeavour," he had pointed.