Dhoni should realise his role in the team: Sehwag

New Delhi, Nov 6 - Amid growing calls for Mahendra Singh Dhoni's ouster from the T20I side for failing to clobber the bowlers at the start of his innings, former India opener Virender Sehwag on Monday said the stumper should know his role in the team.

Sehwag said that the team management should make the Ranchi stumper understand his role after Dhoni failed to go hammer and tongs from the first ball while chasing a stiff 196-run target in the second T20 International against New Zealand at Rajkot.

Even though he scored 49 off 37 balls, the former two-time World Cup-winning captain failed to take India over the line and eventually lost by 40 runs.

"Dhoni should realise his role in the team. He has to change the momentum early while chasing a strong total. He has to score from ball one and the team management should make him understand this point," Sehwag told India TV news channel.

The 36-year-old Dhoni had a strike rate of 132 at the end of his innings, but the inability to rotate strike has prompted some to raise questions.

Sehwag, however, defended the stumper's place in the team saying: "Team India needs M.S. Dhoni at the moment, even in T20 cricket. He will step down at the right time. He will never block the way for any young cricketer.

The three-match series is levelled at 1-1, with the decider taking place at Thiruvananthapuram on Tuesday. 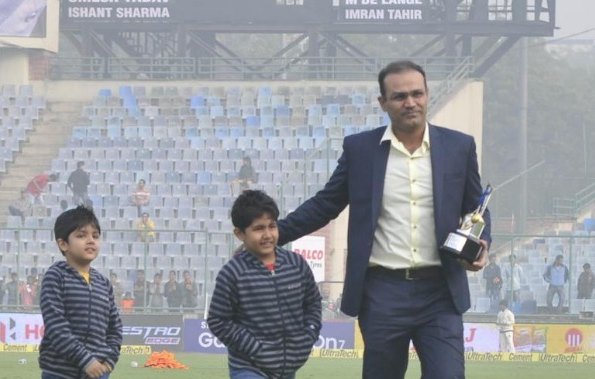