Dhoni Is Most Inspirational Captain In 50 Years Of Global Cricket: Greg Chappell 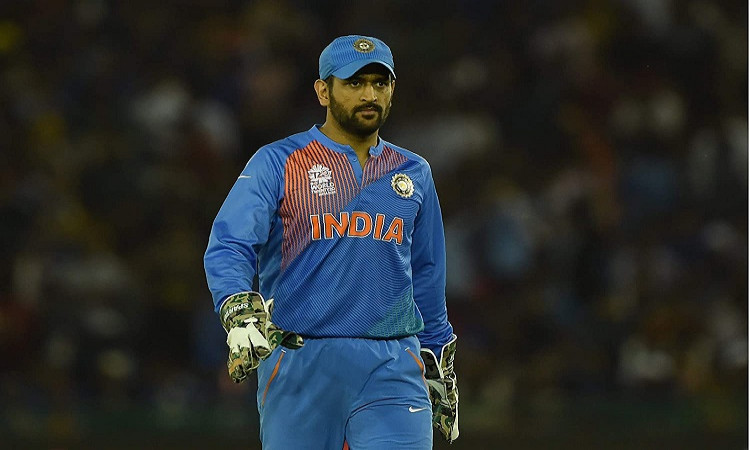 Charismatic Mahendra Singh Dhoni is the "most inspirational captain" of international cricket in the last 50 years, along with legends Englands Michael Brearley, Australians Ian Chappell and Mark Taylor, and Clive Lloyd of the West Indies, says Aussie great Greg Chappell in an Exclusive Interview with IANS without words.

Clearly mightily impressed by Dhoni's game, Chappell, who was India coach during the first two years of Dhoni's international career (2005-2007), also revealed that the wicket-keeper-batsman "exceeded" all his expectations and was "best Indian captain that I have seen".

Also Read: IPL 2020 Will Be The Toughest For Cricketers: Madan Lal

Chappell, 72, said that Dhoni had "immense skills" and loved to compete. He disclosed that he would throw many challenges at him and the Indian would love to live up to those, on way to becoming "one of the great all-rounders of his era". On the lighter side, the legendary Aussie revealed that he enjoyed Dhoni's "humour and cheeky manner".

Dhoni, the only captain globally to win ICC 50-over World Cup, ICC Champions Trophy, and the ICC T20 World Cup, has 50-plus success percentage as captain in One-day Internationals and T20 Internationals while in Test matches it is 45.

And in IPL, the mercurial cricketer from Ranchi has captained Chennai Super Kings to the title three times since the tournament's inception in 2008. He retired from international cricket this month after captaining India in 60 of the 90 Tests he played, 200 of the 350 ODIs, and 72 of the 98 T20 Internationals he appeared in between 2005 and 2019. He, however, continues to lead Chennai Super Kings.

Dhoni, who turned 39 last month, played on his terms and retired on his terms, even though some people rather charitably opined that he was dragging along. Perhaps, he wanted to compete one last time in a T20 World Cup, which was originally scheduled to take place in Australia this year, before being postponed due to coronavirus.

The trophy cabinet of Dhoni is overflowing. The Indian government conferred on him the Padma Bhushan, the third highest civilian honour of the country, in 2018, and the Padma Shri, the fourth highest civilian honour, in 2009. Besides, he won the Rajiv Gandhi Khel Ratna award, the most prestigious sports accolade of India, in 2007. The Indian Territorial Army conferred on him the honorary rank of Lieutenant Colonel in 2011. Apart from these, he won many ICC awards.

Excerpts from the Exclusive Interview:

Q: How was your experience with Dhoni the cricketer and Dhoni the person?

A: My experience with Dhoni the cricketer and Dhoni the person were positive. He was very easy to work with because he was open and forthright. There was no false modesty with Dhoni; if he thought he could do something, he was confident enough to say that he could.

Q: You have always praised Dhoni's cricketing acumen. What, according to you, were the outstanding features of his game?

A: The outstanding feature was his self-belief. He stood out amongst his peers with his confidence and his directness. MS was not interested in ‘games'. He liked to be dealt with in a direct way and he responded in kind.

Q: Where would you place him as a cricketer and as a national captain in the annals of the global list?

A: In my opinion, he is the best Indian captain that I have seen and I would put him in the highest bracket of captains and leaders in the game in my experience. He is up there with Michael Brearley, Ian Chappell, Mark Taylor, and Clive Lloyd as the most inspirational captains of the past 50 years.

Q: What were the most satisfying moments -- both on- and off-field -- spending with Dhoni that you cherish?

A: I enjoyed Dhoni's humour and cheeky manner. He was a good competitor who loved a challenge. I enjoyed challenging him to be the best player that he could be.

Q: Did Dhoni the cricketer live up to your expectations when you were India coach? Did he execute your plans on the field of play?

A: He exceeded any expectations that I had and he may have exceeded his own expectations. It is a great credit to him that he utilised his immense skills to become one of the great all-rounders of his era and an inspirational leader.