Dhoni Had Superb Big-Hitting Abilities And He Was Rare: Sourav Ganguly 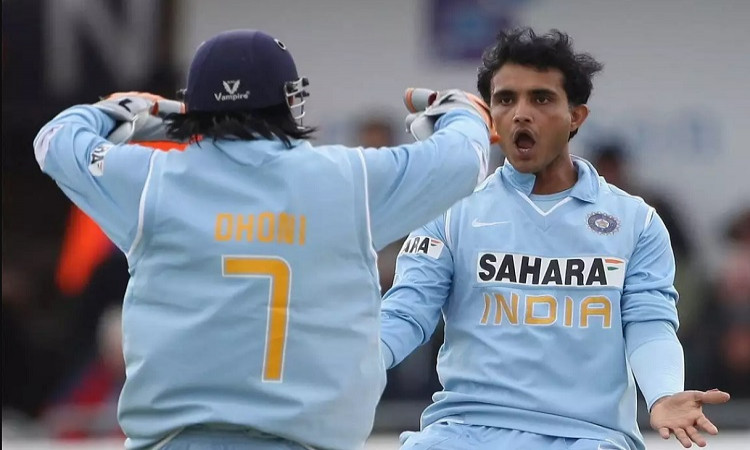 Former India captain and current BCCI president Sourav Ganguly has said M. S.Dhoni had massive big-hitting skills and it was important to promote him up the order and allow him full freedom to play his shots when he first started playing for India.

World Cup winning former India captain Dhoni called time on his illustrious career recently. Ganguly was the captain of the Indian side when Dhoni made his debut. Ganguly decided to promote Dhoni to No.3 in an ODI against Pakistan in Visakhapatnam in 2005. Dhoni repaid the faith shown on him with interest by slamming a blistering 148 to lead India to victory.

Also Read: Unfortunately, No Crowd To Egg Me On In England: Steve Smith

"He (Dhoni) got the opportunity to bat at No.3 in Vizag, scored a superb hundred and whenever he has got a chance to play more overs, he has scored big. Tendulkar wouldn't have become Tendulkar if he kept batting at No.6 because you get a handful of balls to play," Ganguly told Sportstak.

"There was Challenger Trophy, he was scored a hundred for my team while opening the batting, so I knew it," Ganguly said.

"A player is made when you send him up the order, you can't make a player by playing him lower down the order. I always believe you can't become a big cricketer by sitting inside the dressing room. The kind of abilities, especially the six-hitting prowess he had, was rare," Ganguly added.

"When I had retired, I aired my views many times, that Dhoni should bat higher up the order," Ganguly said.