Indian openers made an easy job out of the target of 190 set by Zimbabwe in the first ODI. 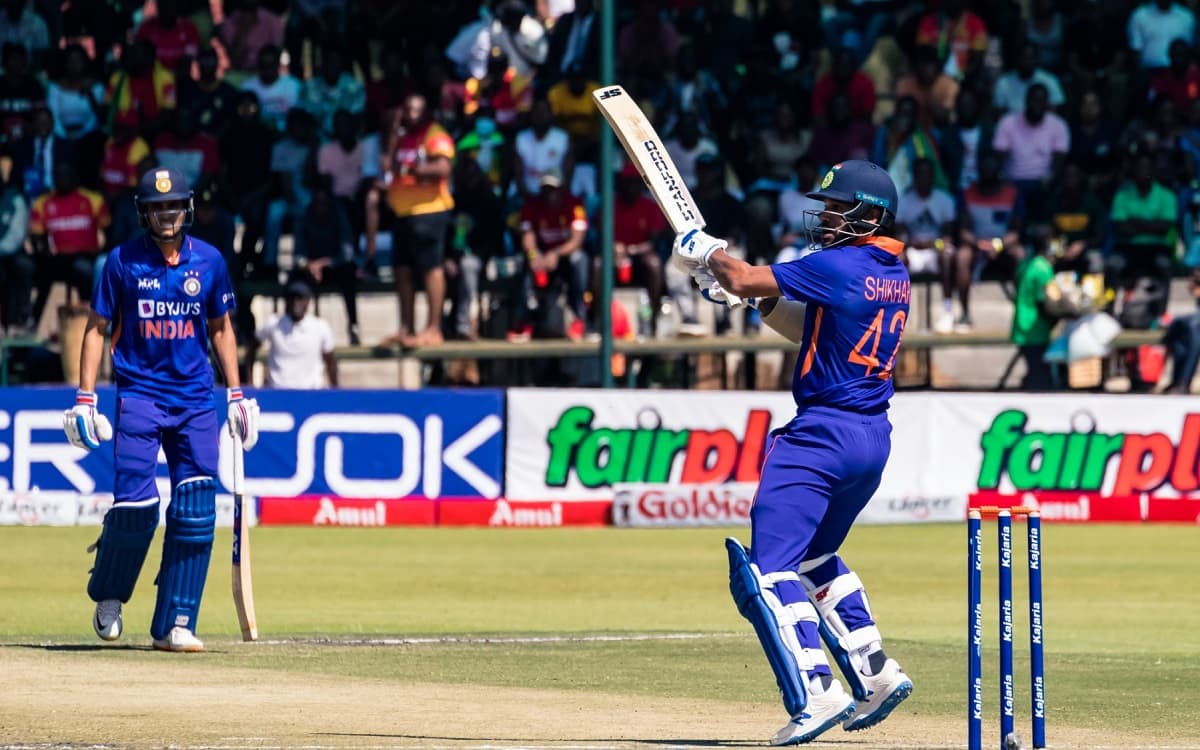 ZIM vs IND: After a dominating performance with the ball, team India performed even better with the bat as they thrashed Zimbabwe by 10 wickets in the first ODI. Opener Shikhar Dhawan & Shubman Gill scored unbeaten fifties to take team India to  192/0 in 30.5 overs and win the first ODI of the three-match series.

Dhawan and Gill started off slow as India scored 40 runs in 10 overs while chasing a small target of 190. However, the batters shifted gears after the first 10 overs and Shubman Gill went into full frenzy as he smacked 82 runs off 72 balls with 10 fours & a six. While Shikhar Dhawan scored 81 runs off 113 balls with 9 fours.

With this win, India have built a 1-0 lead in the 3-match series against Zimbabwe at Harare.

In the first innings, Courtesy of an excellent bowling performance, team India were able to restrict Zimbabwe to 189/10 in 40.3 overs in the 1st ODI.

Deepak Chahar, returning to cricket after 7 months, picked up the top 3 wickets of Zimbabwe batting in his first spell. Prasidh Krishna picked up 3 wickets as well while Axar Patel also grabbed 3 wickets at an astounding economy of 3.20. Mohammad Siraj also registered a wicket.

For Zimbabwe, Brad Evans (33*) and Richard Ngarava (34) etched a partnership of 70 runs in 65 balls for the 9th wicket. Captain Regis Chakaabva earlier contributed with 35 runs off 51 balls with 4 fours.

Earlier, India captain KL Rahul won the toss & opted to bowl first against Zimbabwe in the 1st ODI. This match is being played at Harare Sports Club, Harare.