Dharamsala, March 11: The ODI between India and South Africa on Thursday may be held in an empty stadium due to the coronavirus scare. Around 58 confirmed cases of coronavirus have been reported so far in the country and the picturesque stadium could wear an empty look as the two teams fight it out in the first game of the three-match series. 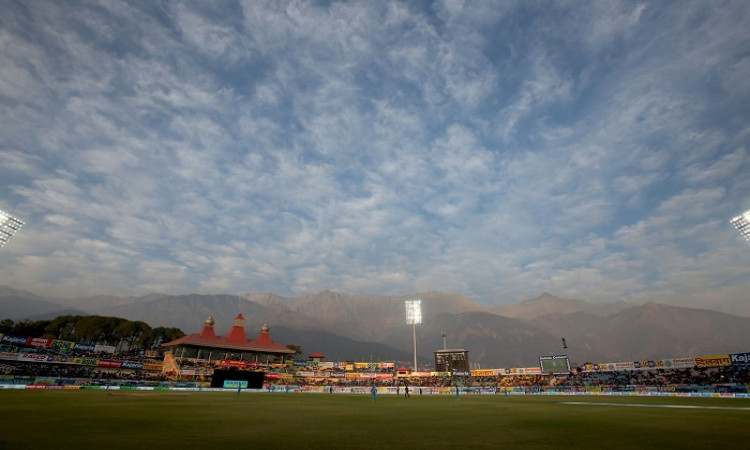 Close to 40 per cent of tickets of the Himachal Pradesh Cricket Association (HPCA) Stadium, some 250 km from the state capital -- with a seating capacity of 22,000 -- remained unsold till Wednesday, match organisers told IANS.

The officials said that in the wake of coronavirus outbreak, cricket buffs, largely foreigners, are trying to take precautionary measures by restricting themselves on travelling and attending public gatherings. Leaving the fear of foreigners aside, even the corporate houses in India preferred to give the stadium a miss.

"Hardly two-three corporate boxes have been sold out this time," said an HPCA functionary. The stadium, nestled in the foothills of the Himalayas, has 12 corporate boxes, each having a seating capacity of 20 seats. Each box costs around Rs 2,00,000 per match and they were much in demand in all the previous matches, both international and T20.

On Tuesday, leg-spinner Yuzvendra Chahal had posted a photo of himself with a face mask before heading for the city.

Match organisers also said that a weather alert, which forecast rains, has further discouraged a large section of Indian fans from witnessing the match. Also the match is not happening on a weekend.

In an attempt to stop rain from playing spoilsport, officials offered their prayers at the Indrunag Temple dedicated to the rain god in the hills overlooking the stadium to appease the gods. Cricket fans too participated in the prayers. A special community kitchen was also organised there.

Manmohan Singh, Director of the meteorological office in Shimla, said widespread rains and thundershowers might occur in the region between March 12 and 13 due to fresh western disturbance over north Pakistan and adjoining Jammu and Kashmir.

Incidentally, the last international game at the HPCA Stadium between India and South Africa -- a T20I -- was washed out without a ball being bowled in September 2019.

HPCA media-in charge Mohit Sood told IANS in case of rain, the ground would be ready in less than two hours.

"The drainage system is effective to drain out rainwater. Also we have water soaking machines and a light weight plastic cover for covering the entire ground," he said.

But members of the hospitality industry have more worries from the weather advisory rather than the coronavirus outbreak.

"Seeing the response of the tourists during the Holi weekend, we expect a good arrival during the ODI too," said Pankaj Chadha, owner of the McLio restaurant in McLeodganj.

But the weather alert might affect the arrival of the tourists, he said.

"We are keeping our fingers crossed. The last match between India and South Africa was washed out. If this happens again, this venue will be considered jinxed for the Proteas," Chadha added.

For the players, the HPCA is providing accommodation in the Pavilion complex, which has 32 huts made of imported wood. The Pavilion, overlooking the stadium, is some three kilometres from the stadium.