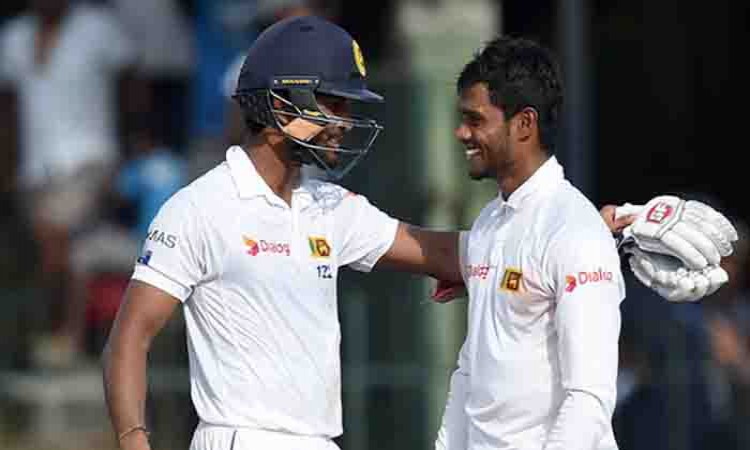 Dhananjaya and Chandimal stitched an unbeaten 84-run partnership for the fifth wicket to keep India waiting when umpires called it an end to the first session, on the final day of the third Test at the Ferozeshah Kotla here on Wednesday.

For India, Jadeja (3/25) was the lone successful bowler of the first session.

Resuming the day at 31/3, Mathews, who scored a century in the first innings, was sent back cheaply by Jadeja off a tossed-up delivery which landed straight in Ajinkya Rahane's hands at first slip.