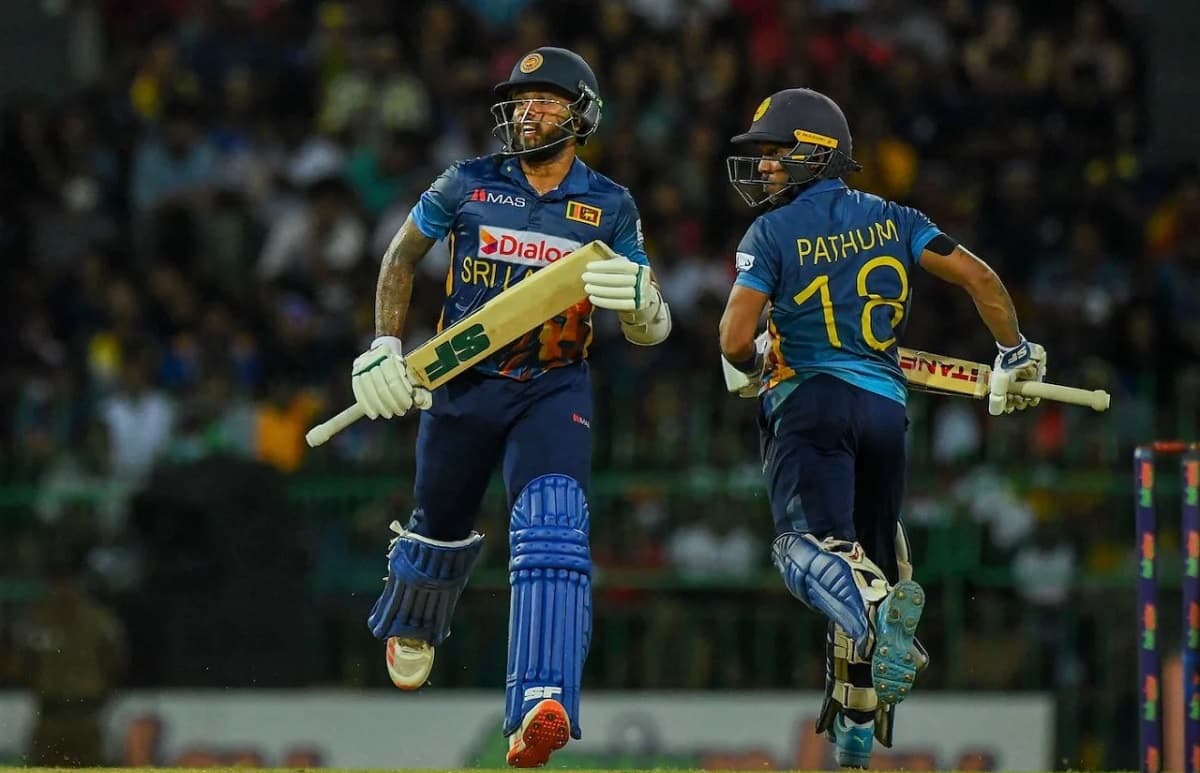 Australia and Sri Lanka captains -- Aaron Finch and Dasun Shanaka -- conceded that the dew made a huge difference in deciding the fortunes of the two teams in the third One-day International at the R. Premadasa Stadium on Sunday night.

Australia skipper Finch opted to bat after winning the toss, and while it looked he had made the right decision as the tourists notched up 291/6 in 50 overs, Pathum Nissanka scored his first ODI century as he paved the way for Sri Lanka's superb six-wicket win.


We Are Looking To Finalise The Squad For World Cup As Quickly As Possible, Says Rahul Dravid

"I think there was a little bit of dew, and it made a difference when we were batting. The ball was coming nicely on to the bat. We didn't expect that at the toss, so batting second made a huge difference to the game," said Shanaka after the win, which helped the hosts take a 2-1 lead in the five-match series.

Finch too agreed that the record chase by Sri Lanka against the tourists was made possible because of the dew.

"There's quite a bit of dew out here. The wicket seemed to get a little bit better (in the second innings) it wasn't stopping as much in the surface," said Finch.

He, however, gave credit to the hosts for effecting a record chase, saying it was a clinical performance from Sri Lanka.

"Credit to Sri Lanka... that was a great run chase. It was quite clinical from, particularly Nissanka (137 off 147 balls). That was a very classy innings, and we know the quality of the player he is. You could look back at a lot of decisions and wonder what was the right one. We still felt (going with the one leg-spinner) was the right one on this wicket with how slow it looked, and we thought it would continue to do that.

"But yeah, it played a bit better under lights. It's a really good learning opportunity for them, to continue to try and bowl to some good players, particularly when there are only four fielders outside the ring -- it can be hard to contain," added Finch.

Talking about the record run-chase, Shanaka said, the win was made possible by Nissanka and Kusal Mendis (87 retd hurt).

"I knew that it was a record chasing this down. It was a very good performance by the two youngsters with the bat, Pathum and Kusal Mendis. I hope they will take the momentum into the next match as well.

"In the dressing room we were talking about the tempo and awareness, and they delivered. I think there was a little bit of dew, and it made a difference when we were batting. The ball was coming nicely on to the bat. We didn't expect that at the toss, so batting second made a huge difference to the game. It was 1992 the last time we beat Australia in a bilateral ODI series; there one of the best sides in the world and we hope we can take the next step. I think the combination we have is a good one," he added.