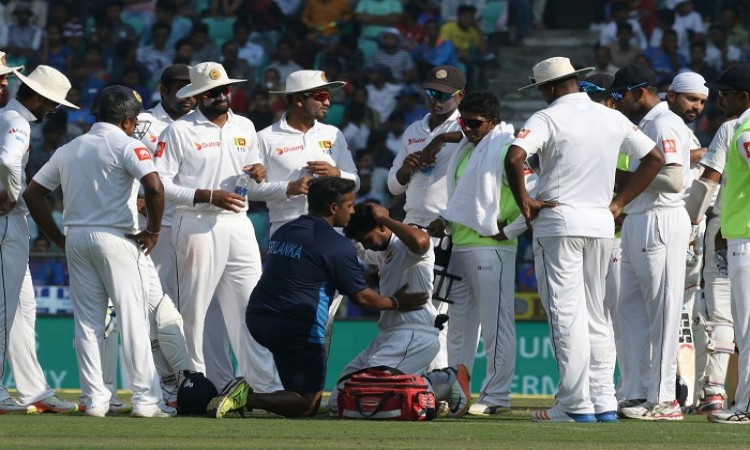 New Delhi, Dec 2 (Cricketnmore) Sri Lankan batsman Sadeera Samarawickrama may not participate further in the ongoing third cricket Test against India after being hit on the head on the opening day at the Ferozeshah Kotla here on Saturday.

The 22-year-old was hit by a sweep shot from India opener Murali Vijay on the crown of his helmet while he was fielding at short-leg.

"Samarawickrama has undergone CT scans and we are still to evaluate if he further take part in the ongoing Test," a Sri Lanka team official told reporters after end of day one.

"He is out of danger," the official added.