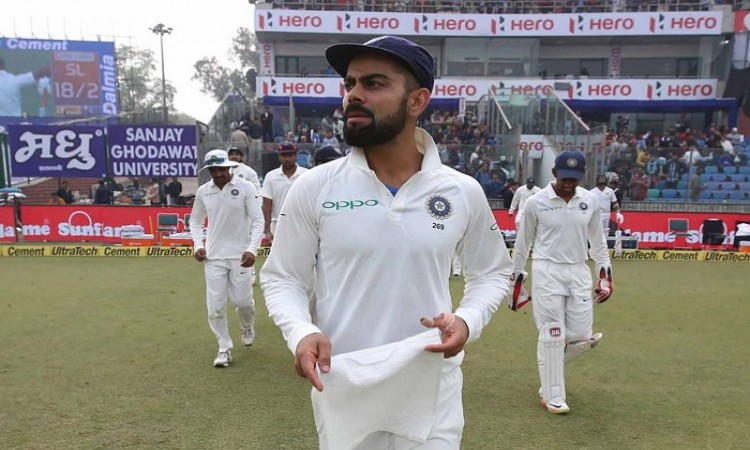 New Delhi, Dec 3 (CRICKETNMORE):  Sri Lanka reached 131/3 trailing by 405 runs after India declared their first innings at 536 for seven on the second day, which was marred by complaints of air pollution, during their third and final Test at the Ferozshah Kotla ground here on Sunday.

Captain Virat Kohli hit his career-highest score of 243 as he shared a 135-run stand for the fifth wicket with Rohit Sharma (65) to power India to a big total.

Sri Lanka complained of poor air quality and hazy condition after two players - Lahiru Gamage and Suranga Lakmal had to go off. Both seemed to be struggling with their breathing.

At the end of the second day's play, Angelo Mathews (57 not out) and Dinesh Chandimal (25 not out) were at the crease for Sri Lanka. Dilruwan Perera contributed 42 for the visiting side.