Delhi T20I can't be cancelled at the last moment: Ganguly 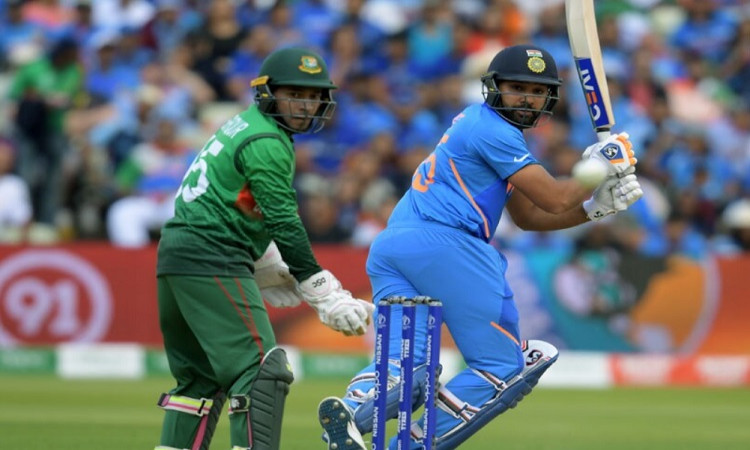 Oct 31 (CRICKETNMORE) Ending speculation about the postponement of the first T20I match between India and Bangladesh due to the massive pollution and smog in Delhi, Board of Control for Cricket in India (BCCI) president Sourav Ganguly on Thursday said the contest can't be cancelled at the last minute. He however, also said the board will be careful from next time while selecting venues in the post-Diwali period.

"We have spoken to Delhi authorities in the last two days. They are expecting the match to go through. It could not be cancelled in the last minute," Ganguly told reporters at the Eden Gardens here.

"We came in on the October 28 and it was too late to do anything, Lot of preparation go in matches. I hope it goes through. Post Diwali is a difficult time in the North. There is smoke and dust and everything, in future when we schedule matches in North at this time of the year, we have to be a bit more practical," the BCCI chief added.

Earlier in the day, Rohit Sharma, who will be leading India in the three T20Is against Bangladesh had said he hasn't faced any problem with the weather in the national capital after constant talk of how the weather wasn't conducive to host the first T20I at the Arun Jaitley Stadium on Sunday.

IANS had earlier reported that with the Air Quality Index (AQI) not showing much signs of improvement in the national capital, the Indian players could give hardcore outdoor training sessions at the stadium a miss and spend more time at the gym before Sunday's opening T20I.