Shimron Hetmyer guided Delhi Capitals to the top of the points table after the win over Chennai Super Kings in the 50th match of IPL 2021 in Dubai on Monday. 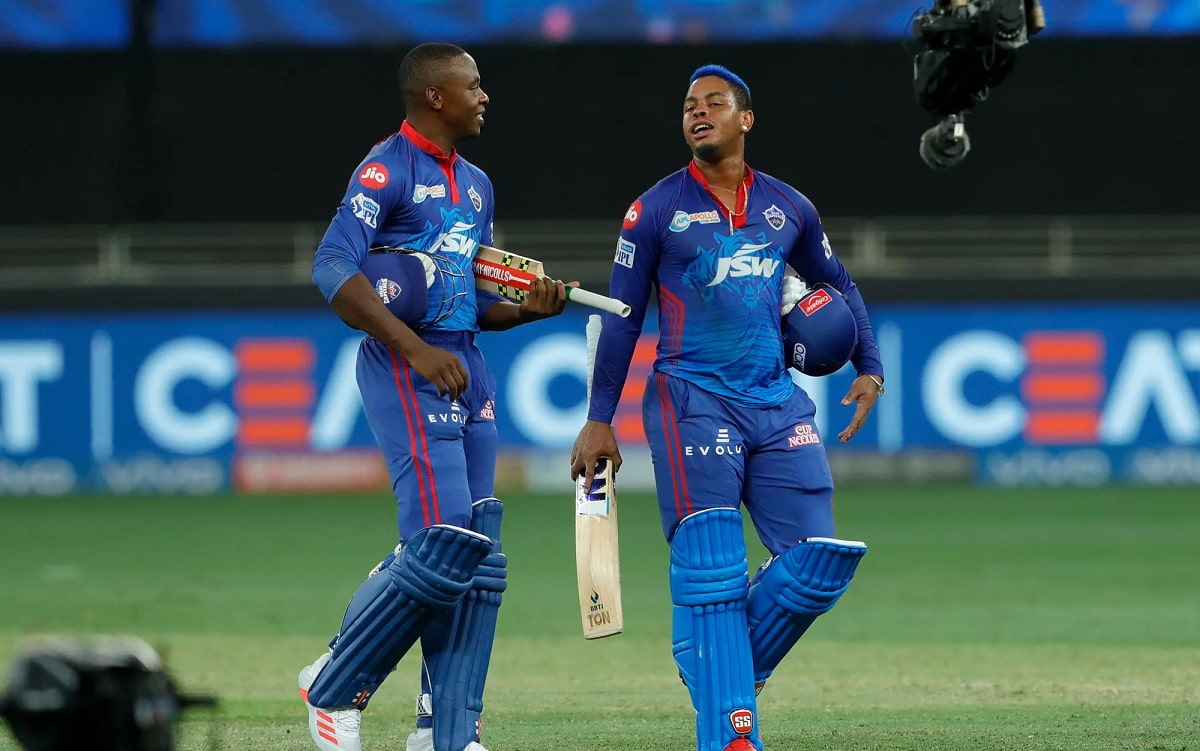 Chasing a target of 137, Shikhar Dhawan gave a terrific start as DC scored 51 in the powerplay. However, in between, Delhi lost Prithvi Shaw for 18 and Shreyas Iyer for just two.

Birthday boy Rishabh Pant tried to continue with the momentum and scored 15 off 12 with the help of one four and a six but got out trying to hit another one.

Debutant Ripal Patel added 22 in 24 balls with Dhawan and scored 18 from 20 before Ravindra Jadeja got him out as well. Trying to accelerate due to the increasing run rate, Dhawan mistimed one off Shardul Thakur after scoring 39.

Shimron Hetmyer came at the crease when DC was in a spot of bother and added 39 from 27 with Axar Patel to close the game. CSK tried to get into the game in the last over when Patel got caught but it was too late as Kagiso Rabada did the honors of giving the finishing touch to a tight run chase. Hetmyer remained unbeaten at 28 off 18.

Earlier, CSK was asked to bat first. Neither of Ruturaj Gaikwad and Faf du Plessis could play long this time as Chennai lost both its openers inside the powerplay. Robin Uthappa and Moeen Ali, too, couldn't contribute much as Super Kings were reduced to 4/62 inside nine overs.

However, MS Dhoni and Ambati Rayudu stitched a 70-run stand for the fifth wicket to take CSK to a competitive total. Rayudu was the aggressor in the partnership as he scored 55 from 43 balls with the help of five fours and two sixes. Dhoni made 18 off 27 balls but didn't hit any boundaries.