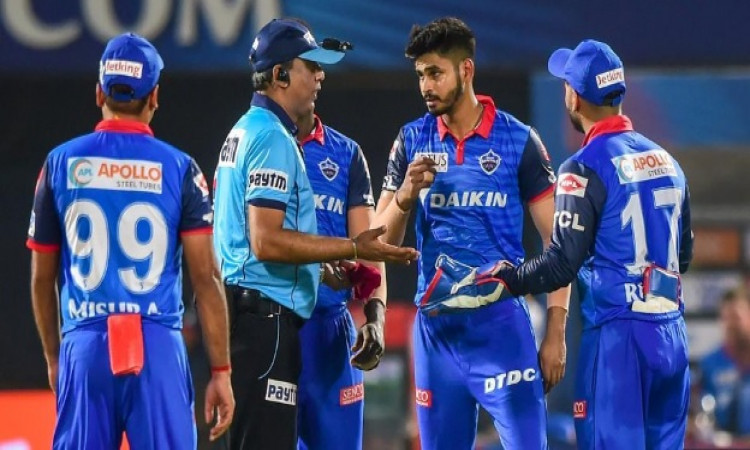 May 11 (CRICKETNMORE) Delhi Capitals' journey in the 12th edition of the Indian Premier League may have come to a rude halt when Chennai Super Kings beat them in Qualifier 2 in Vizag on Friday, but that doesn't take away the fact that this team of young stars made all cricket fans in the country sit up and take note of the fearless brand of cricket they played through the tournament.

Two days before leaving for Mumbai for their opening game against Mumbai Indians, Delhi Capitals' most experienced batsman Shikhar Dhawan had told IANS that this team had been doing a lot of hard and smart work at training and the results would be there for all to see this season.

Not many would have thought that he meant DC would reach Qualifier 2, having last reached the playoffs in 2012.

However, a band of young boys under the able guidance of head coach Ricky Ponting and advisor Sourav Ganguly embarked on a journey that not only they but the capital city will always be proud of.

During the chat on the sidelines of a practice game at the Feroz Shah Kotla, Dhawan had time and again mentioned the 'young bunch of boys' in the DC unit and all of them have made the city proud. Be it skipper Shreyas Iyer, wicket-keeper Rishabh Pant or opener Prithvi Shaw, the trio have impressed all with their ability to turn the heat on on the big stage.

And the stage couldn't get bigger than the Eliminator between DC and Sunrisers Hyderabad. Swashbuckling Pant showed what Dhawan meant as he clobbered Basil Thampi for 22 runs off the 18th over to take DC closer to the win as Keemo Paul then finished the game. Pant's comments after the game showed why Ponting, Ganguly and talent scout Pravin Amre have been backing the youth brigade.

"In T20s, you need 40 off 20 or so, then you have to attack one bowler. I don't see who's bowling. It's in our muscle memory, and that's why we practise so much. Today, that was special because I didn't try to hit the ball too hard. I was just watching the ball, and I was trying to time the ball," he said, to simplify the whole process.

This very attitude has seen him plunder 488 runs in this edition of the IPL with three fifties and a highest score of 78*. Not to forget the 353 runs that Prithvi Shaw scored at the top of the innings with two fifties.

Speaking on his mindset in the middle, Shaw said: "Personally, I feel the first 6 overs are very important when you are batting. Once you put runs on the board initially, it becomes easier for the people coming in to bat and they can play freely."

Skipper Shreyas Iyer too, didn't shy away from calling a spade a spade and was honest about the fact that this DC unit has played like true champions.

"We know that we have made history, we have qualified for the playoffs after seven years. It doesn't mean that we have to change anything or start something new. We have to believe in ourselves and in our ability to win the match," he spelled out.

Not to forget the brilliant show from South Africa pacer Kagiso Rabada. Even though he played just 12 games before heading home with back stiffness, he still has the Purple Cap with 25 wickets. Rabada was another youngster who made the city proud with his ability to hold his nerves in crunch games. No better example than the Super Over against Kolkata Knight Riders at the Kotla as he kept bowling yorker after yorker with ease.

"I just went with yorkers and it worked in the end. I was clear and backed my plan," the 23-year-old had said after the match-winning performance.

Sometimes it is all about letting the youngsters express themselves and play fearless cricket and none know that better than the two men in charge of DC -- Ponting and Ganguly.