Deepak Chahar's unbeaten 69 powers India to a thrilling last-over win against Sri Lanka in the 2nd ODI at Colombo. 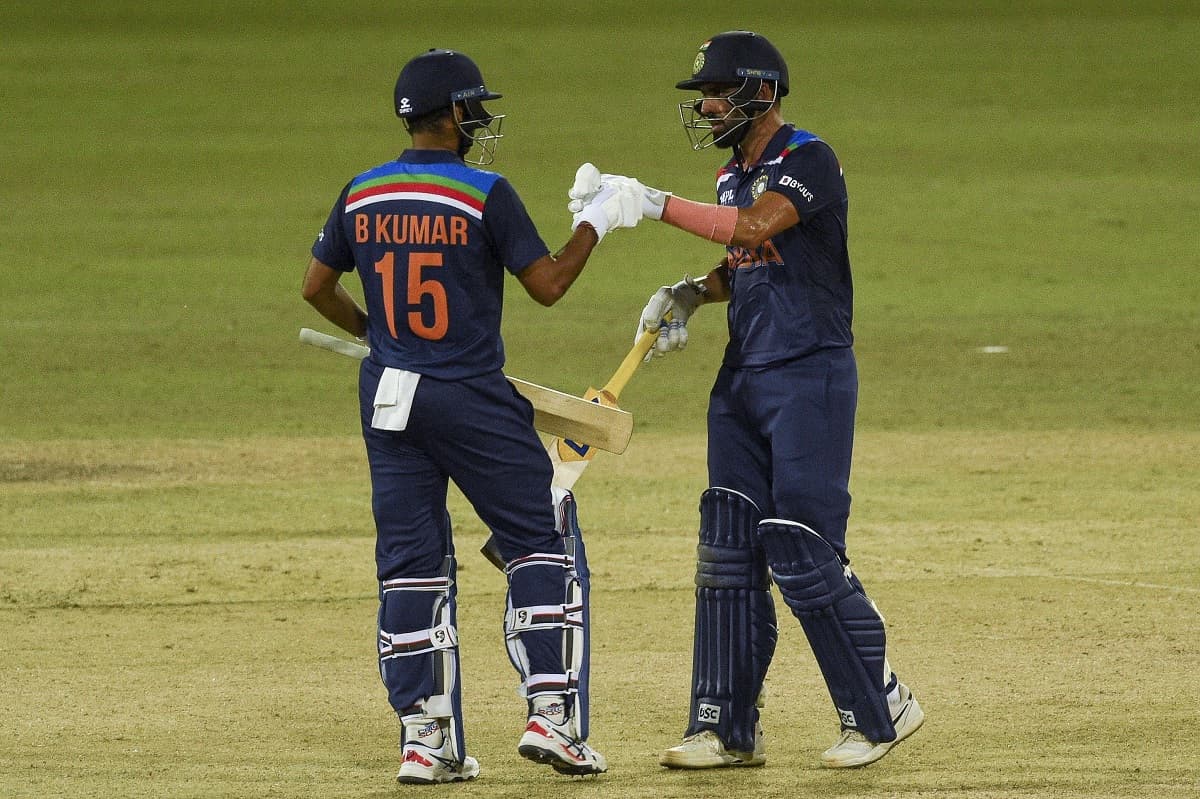 Chasing a target of 276, India was in trouble with the score reading 160/6 with all the top-order batters back in the pavilion. Chahar joined Krunal Pandya as the two added 33 from 49 to take the game further. However, India's hopes decreased when Pandya got out in the 35th over and Sri Lanka entered the Indian tail.

Chahar was joined in with his fellow fast bowler Bhuvneshwar Kumar as the two took the game deep. It looked like a hopeless effort until it wasn't when Chahar broke the shackles in the Kasun Rajitha's over.

He soon reached his maiden half-century with the target within the reach and Sri Lankan shoulders down. Kumar and Chahar's controlled aggression helped them seal the chase, which looked unlikely at one stage, in the final over as India sealed the series 2-0.

Earlier, Prithvi Shaw started the proceedings in the usual manner, hitting three cracking fours in the first over itself. However, Wanindu Hasaranga cut short Shaw's innings as he cleaned him up in the third over of the chase. Ishan Kishan soon followed as he chopped one off Rajitha's deliveries.

Hasaranga got Shikhar Dhawan out for 29 before Manish Pandey and Suryakumar Yadav added 50 off 32 to steady the ship. An unfortunate run-out of Pandey and a cheap dismissal of Hardik Pandya meant Sri Lanka was back in the game.

Suryakumar added 44 with Krunal and during that, notched up his maiden ODI fifty. However, he was out soon, leaving India 160/6.

Sri Lankan captain Dasun Shanaka had won the toss and opted to bat first. The openers added 77 for the first wicket in under 14 overs before Yuzvendra Chahal's twin strikes pushed Sri Lanka to backfoot.

Avishka Fernando brought up his fifty during his 47 run partnership with Dhananjay de Silva but soon got out. Charith Asalanka continued to knock around the ball as he too got to his fifty.

Chamika Karunaratne once again starred with the bat to finish the Sri Lankan innings on a high. He scored 44 off 33 as the hosts reached 275/9 in the first inning.

For India, Yuzvendra Chahal and Bhuvneshwar Kumar picked up three wickets each while Deepak Chahar got two wickets.