Deano Was Quite A Dear Friend Of Mine, Knew Him For About 35 years: Kapil Dev

No foreign cricketer has visited India as many times as former Australian batting mainstay Dean Jones - more than 100 times - such was his connection with this country, said legendary Kapil Dev, while recalling his "35-year long association" with one of his closest friends who passed away on Thursday. 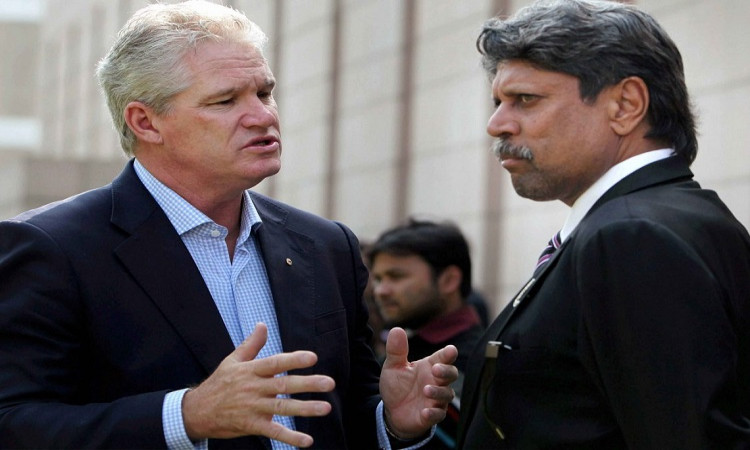 Jones, 59, collapsed and died following a cardiac arrest in a Mumbai hotel where he was staying during an assignment with the official broadcaster of the Indian Premier League (IPL). He was his usual jovial self on Thursday morning, but by the afternoon, he was gone. His fellow Australian Brett Lee tried to revive him, but could not.

"Deano was quite a dear friend of mine and I was shocked to hear the news of his passing away. I feel quite sad and sorry for his family. You are going to miss him, but his family is going to suffer the most. I knew him for about 35 years," Kapil, who first played against Jones during the 1985 World Championship of Cricket in Australia, told.

"He was a great cricketer and one of the best athletes. He was a master at running between the wickets. He was also a great commentator and had a wonderful sense of humour," said the 1983 World Cup-winning captain.

Kapil also pointed out that because of his close connection with Jones individually and also because of the Aussie's professional work in India, he visited this country many times.

"No other foreign cricketer has perhaps travelled to India as many times as Deano. He would have visited India more than 100 times. But now he is gone; he was not even 60 years old. Even Malcolm Marshall passed away quite young [aged 41 years 200 days in November 1999]," he rued.

Kapil bowled to Jones in 20 ODI innings and dismissed him four times - twice bowled and as many times had him caught - and in 15 Test innings, the Indian 'Sultan of Swing' got him out twice.

One more reason for Jones to love India was that he scored his first Test century - it was actually a fabulous double century in the testing conditions of Madras - in India in September 1986. It was only his third Test and fifth innings. After his eight-and-a-half hours innings in hot and humid conditions, during which he got dehydrated and vomited, he was taken to a hospital and was put on a saline drip. The Test at the Chepauk ended in a tie, only the second such result till date.

"A day that changed my life forever," Jones tweeted on September 19, on the 34th anniversary of the tied Test. Another tweet read: "This Test was the renaissance for Australian cricket. It was our Mt Everest moment. Under AB [Allan Border] we started to believe that we can compete against the best. Great friendships started with the Indians. Our journey had just begun!"

After his retirement, Jones started working with Indian TV channels and broadcasters. Somewhere along the line, he was nicknamed 'Professor Deano' and he named his Twitter handle @ProfDeano.

Former India captain Dilip Vengsarkar recalled once playing alongside Jones. "He was a very nice and jovial person. I was shocked when I heard this news. Of course, we played against each other, representing India and Australia. We also played together once. It was one of the three matches played before the main five-day game between the Marylebone Cricket Club and a Rest of the World XI at Lord's, London. In that World XI-Gloucestershire game in Bristol, Deano and I had a 200-odd-run partnership. I scored 171 and he scored 70-odd in that match," Vengsarkar told.

Jones was working for the official broadcaster of the IPL and was staying in Mumbai.