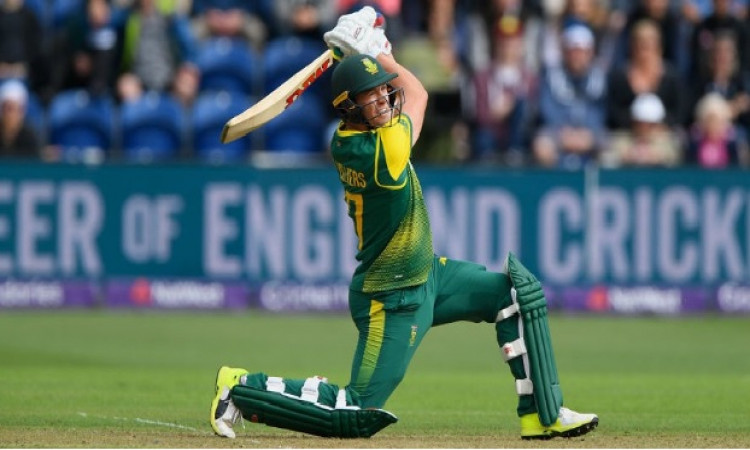 May 12 (CRICKETNMORE) Former South Africa superstar AB de Villiers has gone back on his earlier interest of being a part of the upcoming season of the Big Bash League (BBL).

Last month, reports had emerged that de Villiers' management had indicated to BBL clubs that he was interested in playing in the competition in 2019-20.

Also Read: Dhoni an era of cricket, not just a player: Hayden

However, according to a report in cricket.com.au, it has been confirmed that the former Proteas captain has now flagged to interested clubs his unwillingness to take part in the BBL.

de Villiers was in sublime form in this edition of the Indian Premier League (IPL) as he scored 442 runs in the 13 matches he played for Royal Challengers Bangalore (RCB).

The development comes as Cricket Australia have announced that each club in the Big Bash will now be permitted to sign upto six overseas players during the season, an increase from four.

A maximum of two overseas players can be there in the 18-player roster of a club at any time, but now four more players can be contracted as potential replacements throughout the season.

"The maximum number of overseas players permitted in a club's squad will remain at two, but there is now increased flexibility to contract up to six players throughout the season and rotate them in and out as required," CA's head of events and leagues, Anthony Everard explained in a statement.

"It's a fantastic result for the competition, with clubs given a better chance at securing international players on a short-term basis to fit into an increasingly competitive global cricketing calendar," he added.