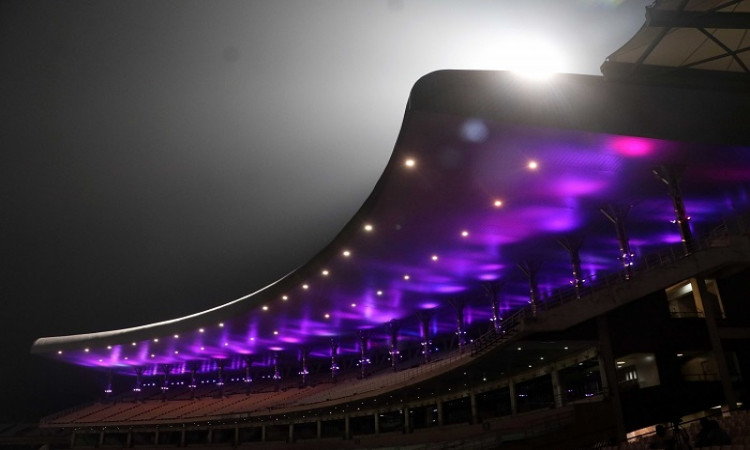 Kolkata, Nov 22: Fans wearing numbered jerseys and making their way in hundreds no sooner than the gates opened at the Eden Gardens is a sight many would mistake with an ODI or T20I at the historic ground. But no, this was not any limited-overs game. This was BCCI President Sourav Gangulys dream seeing the light of the day. After days of building up and hysteria, the D-Day was here as India and Bangladesh geared up to play their maiden Day-Night Test.

Bangladesh's Kiwi spin bowling coach Daniel Vettori had already predicted that the atmosphere would be like a limited-overs game, but Friday morning was nothing short of a spectacle as the cricket crazy fans in the city all headed to the amphitheatre to be a part of the history. Hawkers standing with India flags and jerseys, some waiting to paint the Indian tri-colour on the fans' face, it was almost Durga Puja was back in the City of Joy.

As spectators started flocking the Eden, all decked up for the historic occasion with the ball-shaped pink blimp hovering over the 67,000-capacity stadium, the feel was electric. This after all was Ganguly's vision when he had said that fans must be brought back to the stadium to rejuvenate Test cricket.

"We are here to witness history. I have seen pink ball Tests on TV. But never in front of my eyes. My favourite cricketer is Virat Kohli and I am eager to watch him bat. I left home at around 7 a.m. in the morning to avoid the rush," a fan said.

The buzz, which was missing in Tests in this part of the world, took a backseat as chants of "Virat, Virat" could be heard while entering the stadium. Some supporters wore Dhoni tees as well despite the former India captain calling it a day from the longest format way back in 2014.