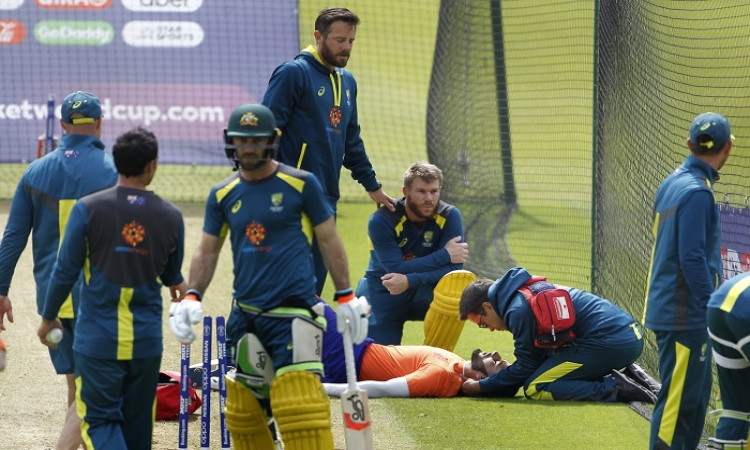 London, June 8 (CRICKETNMORE):  A net bowler of Indian origin was hit on the head and stretchered off the ground during Australia's practice session ahead of their World Cup clash against India on Sunday.

It was a David Warner drive that flew straight back at the bowler, accidentally hitting him on the head, according to reports.

The bowler was treated for approximately 15 minutes on the ground before being taken to the hospital in a medicab.

Warner cancelled his net session while coach Justin Langer and assistant coach Ricky Ponting were in attendance the whole time the bowler was being treated.

"Dave was pretty shaken up," Aaron Finch said at the press conference later.

Finch added that the youngster, Jai Kishan, looked in good shape and hoped that he will be fine soon.