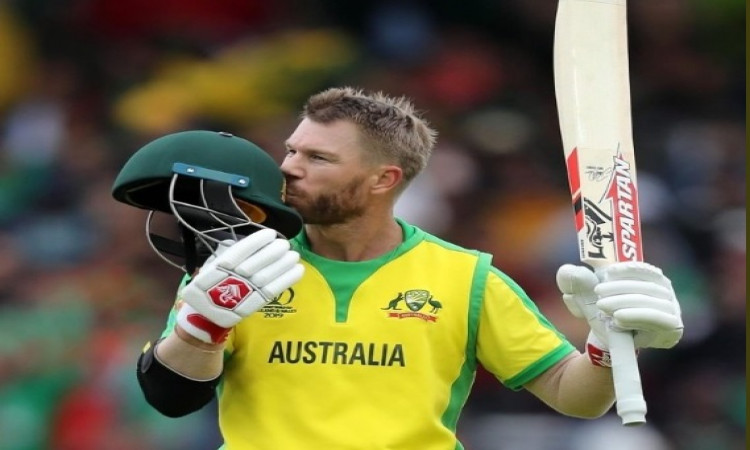 July 1 (CRICKETNMORE) Australian batsman David Warner announced on Monday that he has become father for a third time.

"We welcomed our newest family member Isla Rose Warner at 10.30 p.m. late last night. @candywarner1 was absolutely amazing. Mum and Bub doing very well and her big sisters are over the moon. #prouddad (sic.)," Warner said on Instagram along with a picture of the newborn, his wife and his other two children.

The Australian team is on a week-long break after their convincing win against New Zealand before playing their final league match against South Africa in Manchester.

Not wanting to disrupt her husband's tournament, Candice Warner set off for London from Australia earlier this month as she wouldn't have been able to travel after that. Warner is set to remain in London as long as he wants after which he rejoins the team in Manchester.

It was earlier revealed that Candice had experienced two miscarriages last year while her husband was embroiled in the media storm that was kicked up by the ball tampering scandal in Newlands, South Africa.

David Warner served a one year ban imposed by Cricket Australia and this is his first tournament for the national team since then.

Warner has been in good form in the tournament. With 516 runs in eight innings which includes two centuries, he is the highest run scorer of the tournament so far while Australia sit comfortably at the top of points table. They were the first team to confirm qualification into the knockout stages.