Former South African cricketing great Daryll Cullinan and India's Sanjay Manjrekar lambasted Virat Kohli for his on-field behaviour on Thursday, wherein the Test captain walked up to the stumps mic and insinuated that the South African broadcasters had not given a fair DRS review, because of which Dean Elgar's LBW decision got overturned. 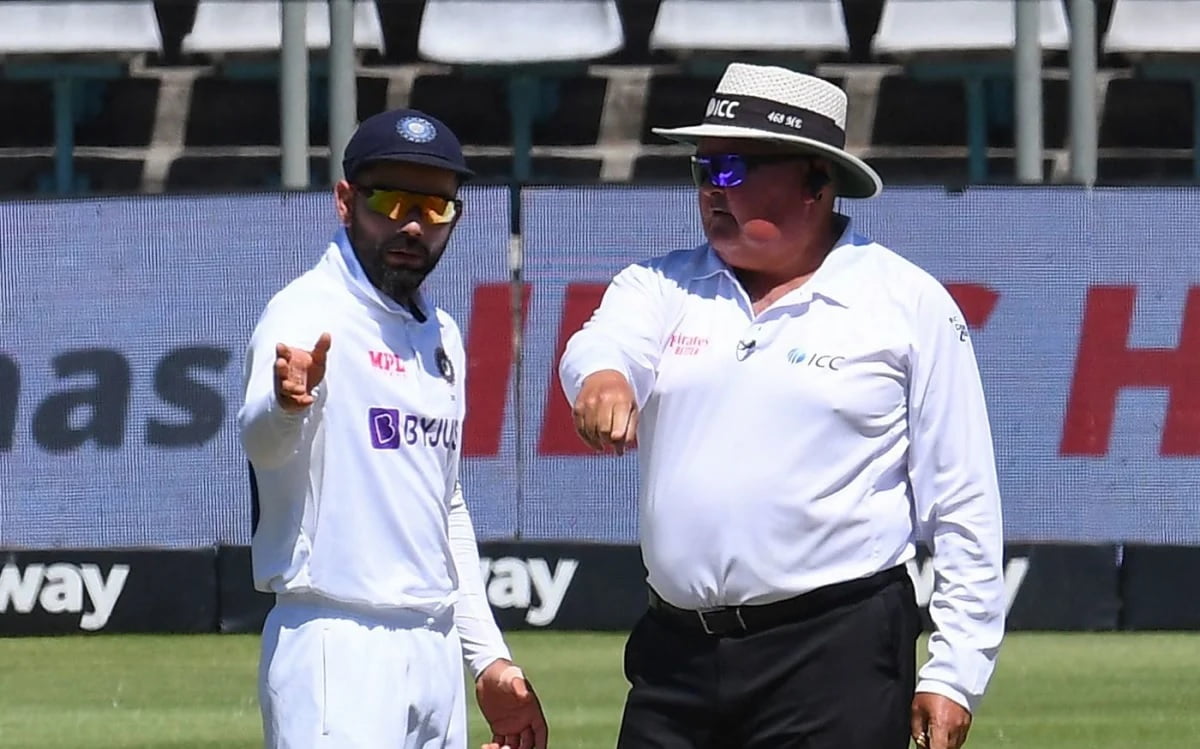 Kohli and a few other Indian players fumed at South African broadcaster, SuperSport, after Elgar got an LBW reprieve following the DRS review. The India captain walked up to the stump mic and said, "Focus on your team while they shine the ball. Not just the opposition. Trying to catch people all the time."

On-field umpire Marius Erasmus had earlier given Elgar out but the ball-tracking technology showed that the ball had missed the stumps, and the decision was overturned on review.

The 54-year-old Cullinan, who played 70 Tests and almost double the number of ODIs, said on espncricinfo's Match Day that such behaviour from Kohli was "unacceptable on a cricket field" but he being Virat Kohli, he "has got away with such behaviour".

"I love Virat Kohli, I love his cricket, I love the way he plays. But there has to be a line drawn somewhere to say 'hang on, you must be severely punished'. If anything, it was a mistake. I just cannot believe that they could think along those sorts of lines. For too long, Virat has got away with behaviour which is unacceptable on a cricket field. But he's Kohli and I don't like it, quite frankly," said Cullinan.

"This is the typical Virat's untouchable; he behaves the way he wants to behave. The rest of the cricket world just bows down to Virat. The powerhouse is India. I hate to say this but it's been going on for years. It's just the big suck up towards India and anybody who plays for India. They are untouchable, so everyone will laugh it off," he told espncricinfo.

Former India cricketer-turned-commentator Sanjay Manjrekar said, "What followed after (Elgar getting a DRS reprieve)… that was pretty serious for me because there was an insinuation from the Indian camp that the host broadcasters were up to some mischief to make sure they were putting their home team at an advantage. That is a very serious kind of insinuation. I have a problem with that."

Former India cricketer Gautam Gambhir too expressed his displeasure over Kohli's rant in front of the stump mic after Elgar survived a DRS review on the third day of the deciding Test at Newlands, Cape Town on Thursday.

"Kohli is very immature. It's worst for an Indian captain to say like this in stumps. By doing this you will never be an idol to youngsters," Gambhir told Star Sports.

"This is really bad. What Kohli did, going near the stump mic and reacting in that manner, that is really immature. This is not what you expect from an international captain, from an Indian captain. Then technology isn't in your hand," said Gambhir.